At least nine persons have been brutally murdered at shisha bars while having fun with friends. 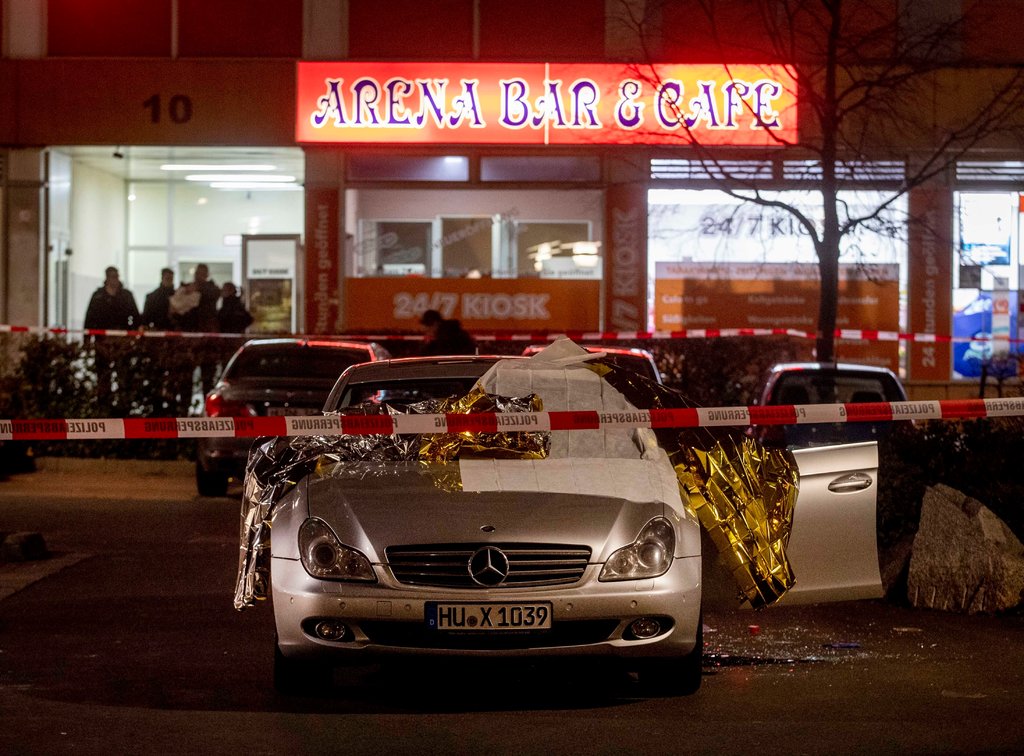 Scene of the brutal attack
Nine people have been killed at two shisha bars in Germany.
According to New York Times, the attack happened at multiple locations Wednesday night in the central German city of Hanau, east of Frankfurt, the police said.
Police officers on Thursday found the suspected attacker dead at his home in Hanau, along with the body of another person.
“There are currently no indications of other perpetrators,” the police in the southeastern region of the state of Hesse said in a tweet, adding that an investigation was continuing.
The local public broadcaster, Hessischer Rundfunk, reported that an armed person had opened fire at a hookah bar in the center of the city, killing three people, then drove to a hookah bar in another neighborhood, where the attacker opened fire, killing five. In addition to those killed, several people were injured at each of the locations, the broadcaster said.
“A terrible evening,” Hanau’s mayor, Claus Kaminsky, told the Bild newspaper. “It will certainly occupy us for a long, long time and it will remain in our sad memories.”
Katja Leikert, a member of the German Parliament from Hanau, called the shootings “a real horror scenario for all of us.”
The police said they used helicopters as part of a large-scale search for the suspect, who fled the scene in “a dark car.” They had no immediate information on a motive for the shooting and were asking residents for any tips.
Video and images from Hanau, a city of 95,000 about 10 miles east of Frankfurt, showed darkened city streets cordoned off with red-and-white tape while police officers gathered in the background. Several ambulances, their emergency lights flashing, lined the streets.
Top Stories