In a bid to stop the spread of the deadly coronavirus, the President of the US has announced a 30-day ban. 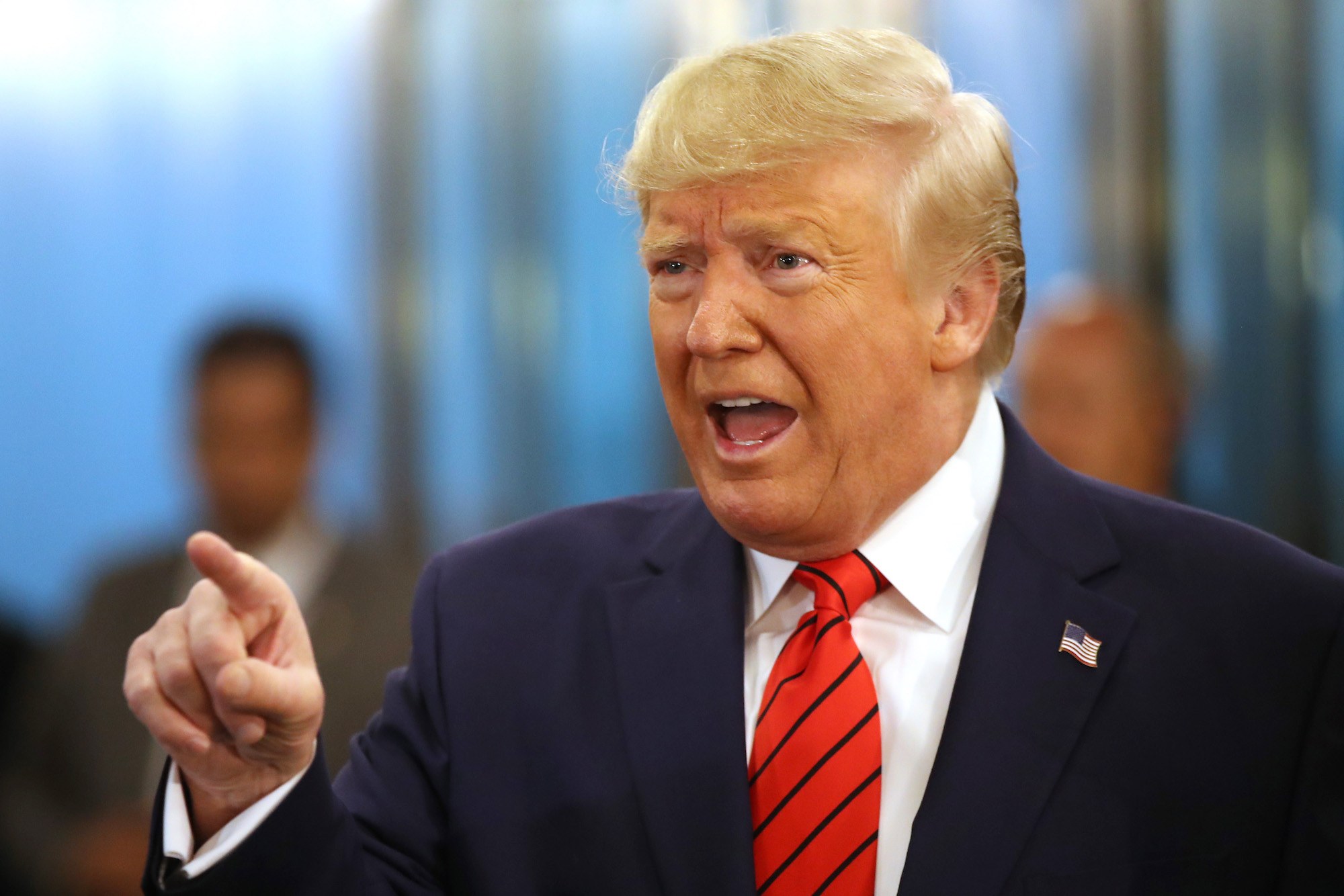 Donald Trump
U.S. President Donald Trump on Wednesday announced a 30-day ban on most travel from Europe set to take effect Friday at midnight, as the country experiences a surge in coronavirus cases.
“I will always put the well-being of America first,” Trump said in a rare address from the Oval Office.
But shortly after his televised announcement, which said the restrictions would apply to trade with Europe, Trump walked backed his statement in a tweet, saying the ban “stops people not goods.”
The travel ban is set to take effect Friday at midnight (0400 GMT), and does not include travellers from Britain or US citizens.
It will apply to anyone who was physically present within the Schengen Area – made up of 26 European countries with freedom of movement between them – in the 14 days prior to their attempted entry to the US.
The restrictions also include important exemptions for US residents, certain visa holders and many people with a familial relation to a US citizen or US resident.
Trump’s Oval Office address comes as the impact of the outbreak is being felt across the country causing major disruptions to financial markets, sporting events and school districts.
On Wednesday the death toll in the US reached 37, with 29 of the deaths in north-western Washington State, while cases surged past 1,300, according to a database assembled by John Hopkins University.
Earlier on Wednesday, Anthony Fauci, a top US official handling the novel coronavirus response, said the pandemic is “going to get worse.”
Fauci said the nation should “change our behaviour,” and said there should not be gatherings of large crowds.
In a surprise announcement the National Basketball Association – one of the biggest sporting organizations in the world – announced that the current basketball season will be suspended “until further notice” after a player preliminarily tested positive for the virus.
The NCAA collegiate basketball tournament, another massive weeks-long event, will also go on this month without fans in attendance.
The large US city of Seattle, located in Washington state, said Wednesday it will close all public schools for two weeks.
Meanwhile the State Department called on US citizens to reconsider all international travel in light of the global health crisis.
“How much worse it will get will depend on our ability to do two things: to contain the influx of people who are infected coming from the outside, and the ability to contain and mitigate within our own country,” Fauci added.
The virus has roiled US markets, sending the Dow Jones Industrial average into a bear market on Wednesday – constituting a 20 per cent drop from the index’s 52-week high.
The novel coronavirus outbreak originated in the Chinese city of Wuhan in December and has spread across the globe, with nearly 120,000 cases confirmed worldwide.
dpa/NAN
Top Stories