The old woman and 40 others at the service were initially diagnosed as carrying the virus. 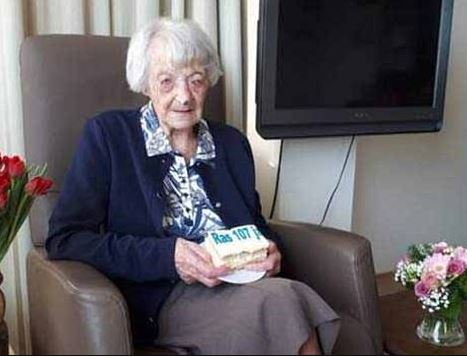 A 107-year old Dutch woman has recovered from the coronavirus, probably becoming the oldest survivor of the pandemic in the world.

Cornelia Ras fell ill on March 17, the day after her 107th birthday, Dutch newspaper AD reported, after attending a church service with other residents of her nursing home on Goeree-Overflakkee, an island in the southwest of the country.

She and 40 others at the service were subsequently diagnosed as carrying the virus.

Twelve of that group have since died, but Ras was told by her doctors on Monday that she had beaten the infection.

'We did not expect her to survive this', her niece Maaike de Groot told the newspaper.

'She takes no medicines, still walks well and gets down on her knees every night to thank the Lord. From the looks of it, she will be able to continue to do so.'

The number of confirmed coronavirus cases in the Netherlands rose by 1,213 on Thursday to 21,762, health authorities said, with 148 new deaths.

The country's death toll stands at 2,396, the Netherlands' Institute for Public Health (RIVM) said in its daily update.

Prior to Ras, the oldest widely documented coronavirus survivor was Bill Lapschies, a 104-year-old American who also survived World War II and the Spanish Flu pandemic.

Lapschies, who was born in Salem in 1916, first displayed symptoms commonly associated with the deadly virus, on March 5.

He was quickly put into isolation at the Edward C Allworth Veterans' Home in Lebanon, Oregon, where he currently resides.

In China, Zhang Guangfen, a 103-year-old grandmother, recovered from Covid-19 following a six-day treatment in Wuhan.

A 103-year-old unnamed woman in Iran also recovered after being hospitalized in the central city of Semnan for about a week.

Italica Grondona, a 102-year-old woman, recovered in the San Martino hospital in Genoa, Italy. She was nicknamed 'Highlander' – the immortal, after spending more than 20 days in hospital.

And a 96-year-old woman in South Korea became the oldest patient in the country to fully recover from coronavirus. The woman, from Cheongdo County close to the southern city of Daegu, made a full recovery after being treated at the Pohang public clinic.