A white police officer who knelt on a black man for over 5 minutes leading to his death has been arrested. 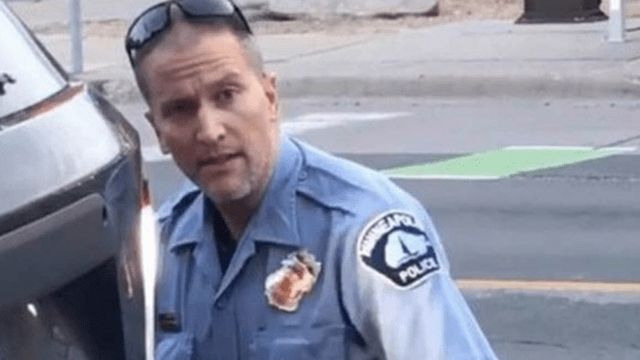 George Floyd was killed by Derek Chauvin
Derek Chauvin, the Minneapolis police officer who killed a black man, George Floyd by pinning him on the ground has been arrested.
He is now in the custody of Minnesota's Bureau of Criminal Apprehension.
"The officer who has been identified as Derek Chauvin in the death of Mr. Floyd has been taken into custody by the BCA," Minnesota Department of Public Safety Commissioner John Harrington told reporters on Friday afternoon.
The news was first reported by local reporters and outlets, including the Minneapolis Star-Tribune.
It remains unclear what charges Chauvin faces. No other police officers are in custody.
According to Star Tribune reporter Briana Beirschbach, Harrington will be holding a press conference about the release later on Friday.
Harrington called Floyd's death a "murder" during a morning press conference, according to Star-Tribune reporter Liz Sawyer.
Floyd, 46, died on Monday, after Chauvin was filmed putting his knee on his neck for nearly eight minutes.
Floyd can be heard in the video repeatedly telling the officers, "I can't breathe," and his death has sparked nationwide protests.
Top Stories