People have been amazed after photos of a fish with human-like lips and teeth surfaced online. 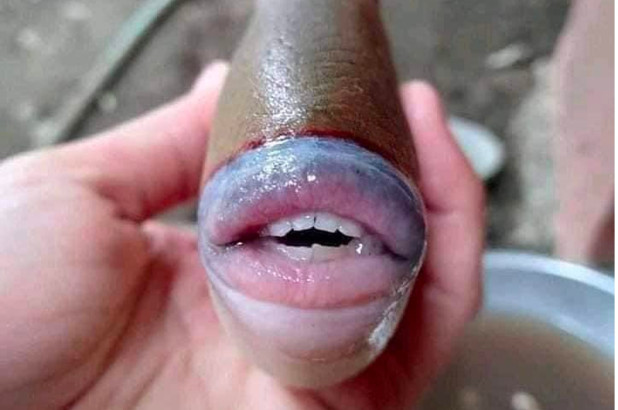 The fish with human-like lips and teeth
A fish with human-like lips and teeth has left tongues wagging on social media after it was reportedly caught in Malaysia.
The fish known as triggerfish was posted on Twitter by @raff_nasir on July 2 with the caption: “her lips are hotter than mine.”
David Booth, a marine ecologist at the University of Technology, Sydney told CNET that the fish is known to attack divers who come very close to their nest and,
“Their very strong teeth can remove a finger!” However, with caution when asked about the resemblance to human teeth, he clarified, “Their teeth are large but not human-like, so yes the pictures do look fake!” said Booth. 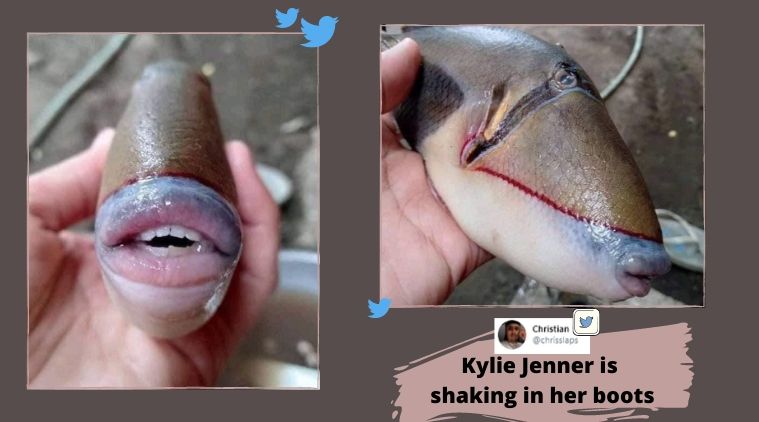 Despite looking doctored, the toothy critter may be a real, live triggerfish that inhabits tropical seas around the globe, reports National Geographic. The triggerfish uses its people-like teeth to crunch crabs and sea urchins, which they flip over to get at the soft underbelly beneath, as demonstrated in this fascinating video.
The triggerfish isn’t the only ocean dweller whose appearance evokes human anatomy. In December, a California beach was besieged by a flotilla of pulsating “penis fish,” which have spawned hundreds of jokes and memes on social media.
“Ladies, if you aren’t satisfied at home, remember there are plenty of fish in the sea,” Tweeted comedian Mark Normand with a pic of the phallic-looking animals.