Christians all over the world have been urged to pray for former Pope Benedict who is seriously ill. 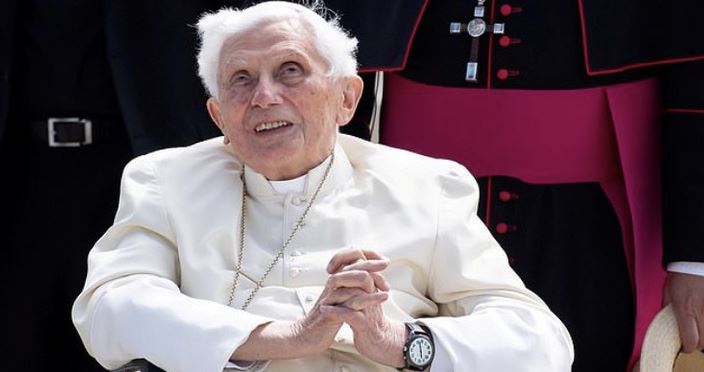 Former Pope Benedict
According to a report by Dailymail, former Pope Benedict, 93, is 'seriously ill with shingles and his voice is barely audible' after returning to the Vatican from a visit to see his dying brother in Germany according to his biographer.
Benedict's 'mind and memory are active but his voice is barely audible at the moment,' author Peter Seewald told German newspaper Passauer Neue Presse.
Seewald said Benedict was optimistic when the pair spoke on Saturday, when he said he might pick up writing again if his strength returns.
Top Stories