Ousted President of Mali, Ibrahim Boubacar Keita has regained his freedom from coup plotters in the country. 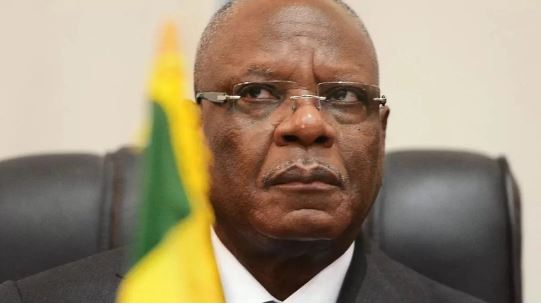 President Ibrahim Boubacar Keita
Coup leaders in Mali have released ousted President Ibrahim Boubacar Keita from detention.
The release was made public on Thursday by a spokesman for the junta Djibrilla Maiga.
Reuters quoted him as saying: “He was freed this morning, (and) he has returned to his home.”
He however didn’t offer more details.
Top Stories