Army Intercepted Gana On His Way To Surrender - Governor Ortom


Benue governor has opened up following the killing of notorious criminal Gana said to have been killed by the army after surrendering. 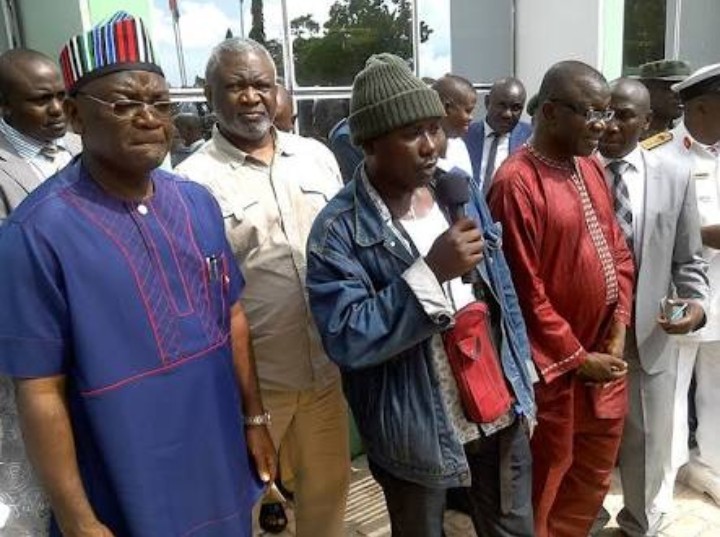 Ortom and Gana
The Governor of Benue state Samuel Ortom has revealed that Terwase Akwaza, better known as Gana, was intercepted by the army on his way to surrender.
He made this known on Tuesday after receiving some repentant criminals in the state, Ortom said he got a call that Gana was arrested in Gboko and immediately reached out to the army authorities.
The governor wondered why the army would arrest Gana because the security agencies are aware of the state government’s amnesty programme.
“It was around 4pm when we were waiting for the repentant militias that I received a call that Gana and others have been arrested close to Yandev roundabout in Gboko by soldiers,” he said.
“Many of the repentant militias had weapons in which they were bringing to surrender to us. The process of the amnesty programme was known to the security operatives, so I don’t know why they have to be arrested.
“Immediately I got the information, I contacted the commander of Operation Whirl Stroke, General Yekini, who told me that they were carrying out an operation and promised to get back to me, so I am still waiting for him.”
But the governor’s account runs contrary to that of the army.
Moundhey Ali, commander of ‘4 special forces command’, had told journalists that Gana was killed along Gbese-Makurdi road after an exchange of gunfire.
“At about 13:00 hours, there was an engagement with the convoy of Gana, a shoot-out ensued and the bandit was killed,” Ali told reporters.
Top Stories