Gov El-Rufai is of the opinion that the worst job in Nigeria is to be a Governor. 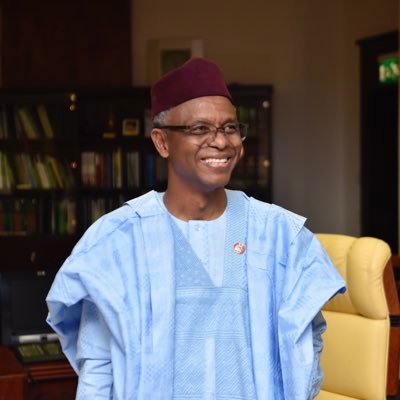 Governor Nasir El-Rufai of Kaduna state says Nigerians have the wrong notion that state governors are all thieves.

The governor said this on Channels TV on Monday morning, September 21. He is of the opinion that the worst job in Nigeria is to be a Governor. He said this while responding to questions on how tasking the job of governors have become, particularly as Nigeria faces economic downtime.

“Governors are the most suspected elected officials. Everyone thinks Governors are just thieves and we are wasting state resources, we are not doing anything. Governors are assumed to be taking security votes. When people hear security votes, they think it is a slush fund for Governors. So we have a very negative image out there.

Meanwhile, we have one of the most difficult jobs in the world. And we are subnational; our capacity to borrow is limited. The Federal Government can print money. We cannot.

Other than Lagos,  very few state governments have room to do what they can do because apart from Lagos virtually every state in Nigeria relies on Federation Account transfers. And when they go down, you are in trouble.'' he said