Nigeria's President Muhammadu Buhari has been accused of dehumanizing Nigerians with the deadly SARS. 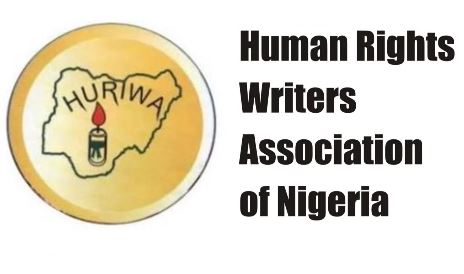 HURIWA
The Human Rights Writers Association of Nigeria, HURIWA has claimed that Nigeria's President Muhammadu Buhari is using the Special Anti-Robbery Squad, SARS, unit of the Nigeria Police Force, NPF, to oppress Nigerians.
HURIWA, a prominent rights group, claimed that Buhari has been using SARS operatives to quell peaceful protesters since 2015.
The group made the claim in response to the alleged killing of a young man in Ughelli, Delta State.
This is even as the Minister of State for Labour and Productivity, Festus Keyamo denied the involvement of SARS operatives in the matter.
Keyamo had also claimed that the young man was alive and hospitalized.
He tweeted a photo, however many people claim the person he tweeted his photo is not the victim and that the wound on the person's head is not a fresh wound showing that it was not the young man police had killed.
Reacting to the controversy, a statement by the group’s National Coordinator, Emmanuel Onwubiko reads partly: “HURIWA has located the blame for the rampant shootings and extralegal killings of citizens by armed Police operatives known as Special Anti Robbery Squad (SARS) on the desk of President Muhammadu Buhari for having a long history of impunity and crass misuse of the armed security forces to quell otherwise peaceful protests since 2015, thereby leading to the killing of dozens of Nigerians.”
Top Stories