Reno reacted by telling Tacha to be humble because those same lazy youths are the ones who voted for her when she went for the BBNaija reality show last year. 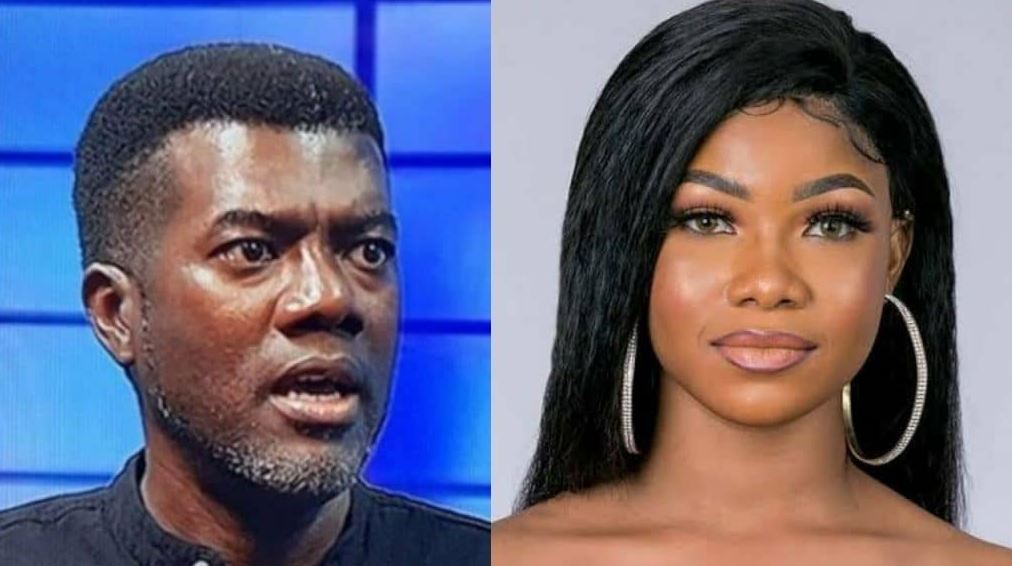 Former Presidential aide and author, Reno Omokri has criticised Tacha for referring to a critic as a lazy Nigerian youth.

Tacha had gone on Twitter to call for an end to SARS while stating that Nigerians need to protest on the streets, not just on social media.

When she didn't go out to protest, a Twitter user @sayo_law called her out for it, writing: "So Tacha didn't lead a protest today? Disappointing"

Tacha responded: "Lazy Nigerian youth! Stay home and be waiting for me!!" 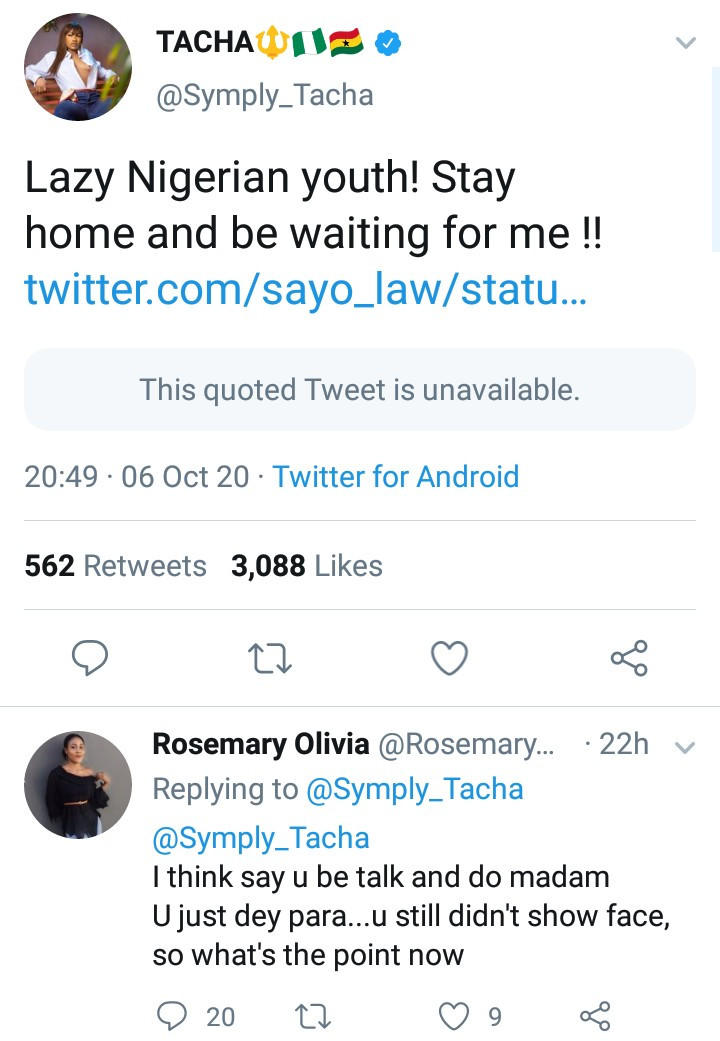 Reno reacted by telling Tacha to be humble because those same lazy youths are the ones who voted for her when she went for the Big Brother Naija reality show last year.

He wrote: "That may well be true. But remember that these same ‘lazy’ Nigerian youths went out of their way to promote you from obscurity to prosperity. A little gratitude won’t be out of place. I agree that celebrities should not be maligned or blackmailed into championing things they don’t have a passion for. No one should force you to lead a protest. However, those whose palm kernels were cracked by a benevolent spirit should not forget to be humble." 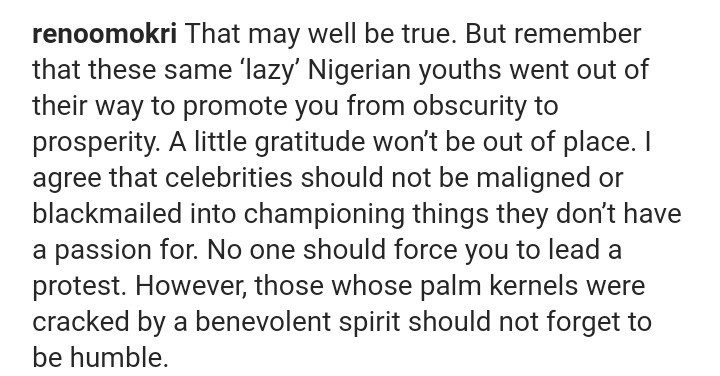