A Nigerian comedian, Mr. Macaroni has accused the police hierarchy of paying lip service to the #EndSARS protest as operatives of the disbanded group are still harassing people. 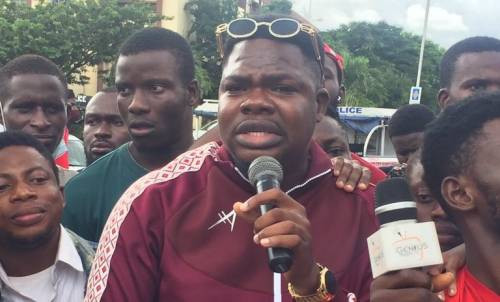 Mr. Macaroni
Popular Nigerian Comedian, Mr Macaroni has raised a serious alarm saying that operatives of the Special Anti-robbery Squad of the Nigerian police are still harassing Nigerians despite the ban on their operation by the Federal government.
He made this known on Twitter.
In a tweet posted on his handle, Mr. Macaroni alleged that some SARS officials were still harassing Nigerians along the Lekki-Epe expressway, demanding to see their phones at gunpoint.
His tweet reads
''SARS Operatives Operating right now on Lekki - Epe Expressway. Demanding to see phones at gunpoint!'' 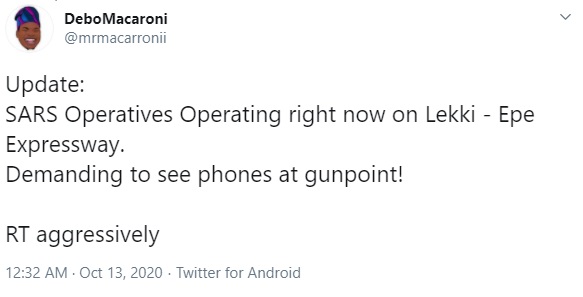