Nigerians have continued to protest against SARS and also pay their last respect to all victims of police brutality. 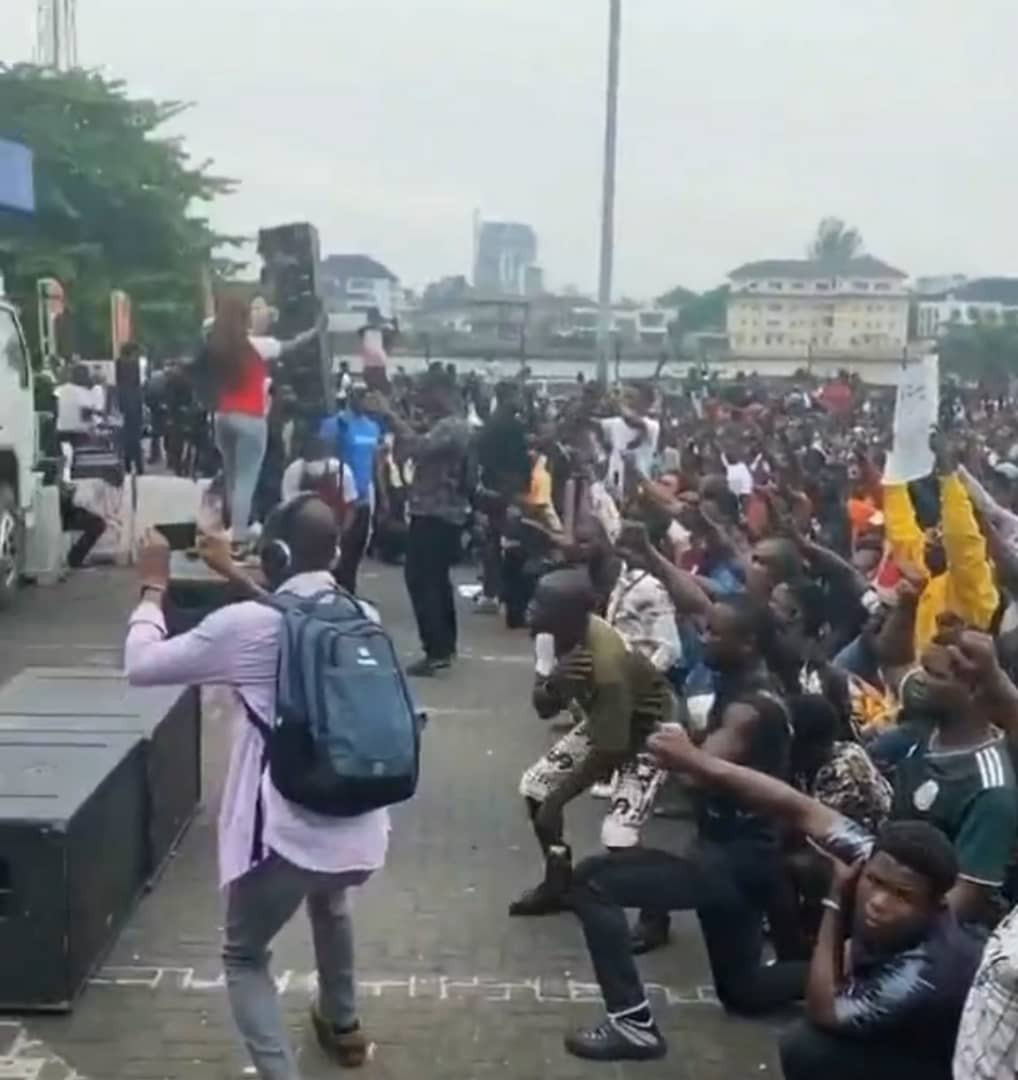 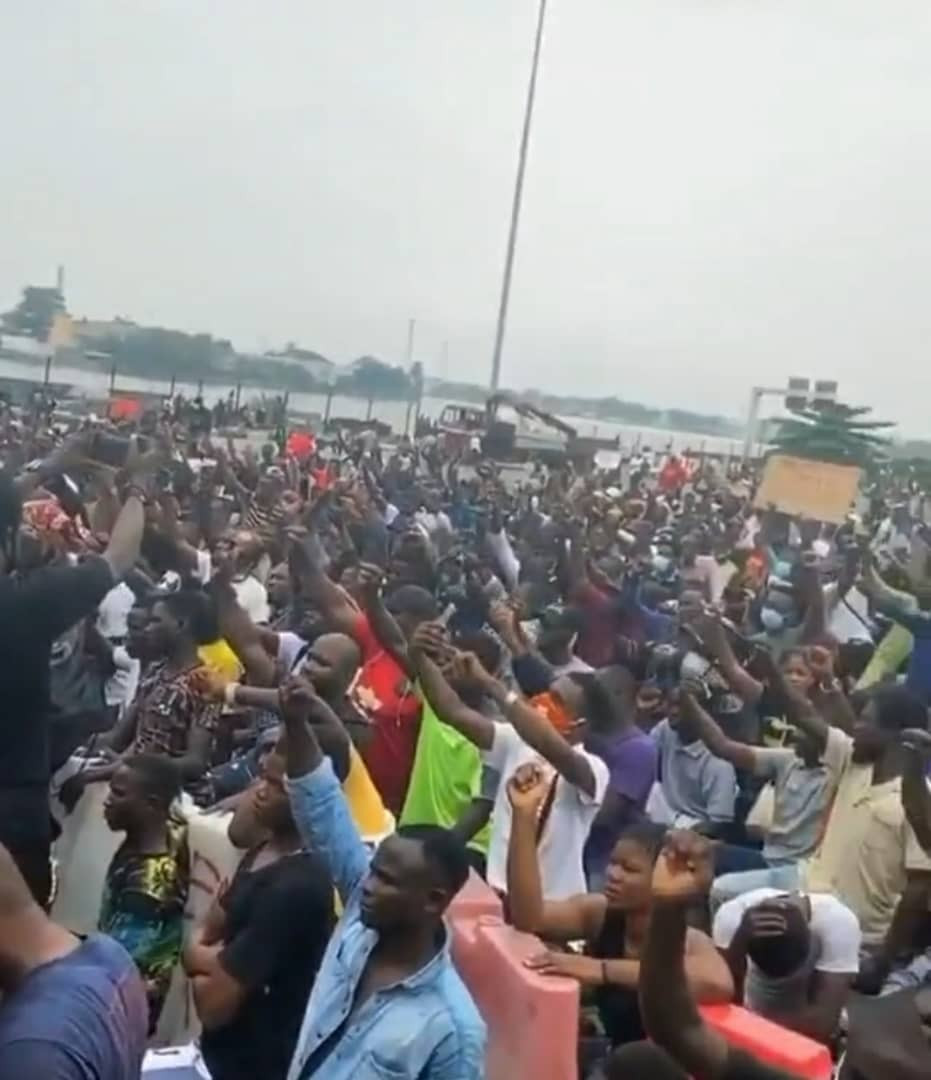 Reeling out their names one after the other, the protesters went down on one knees with one hand stretched out as a mark of respect for them.
See photos and video below: