A woman has finally broken her silence after being praised for showing off her mechanic boyfriend. 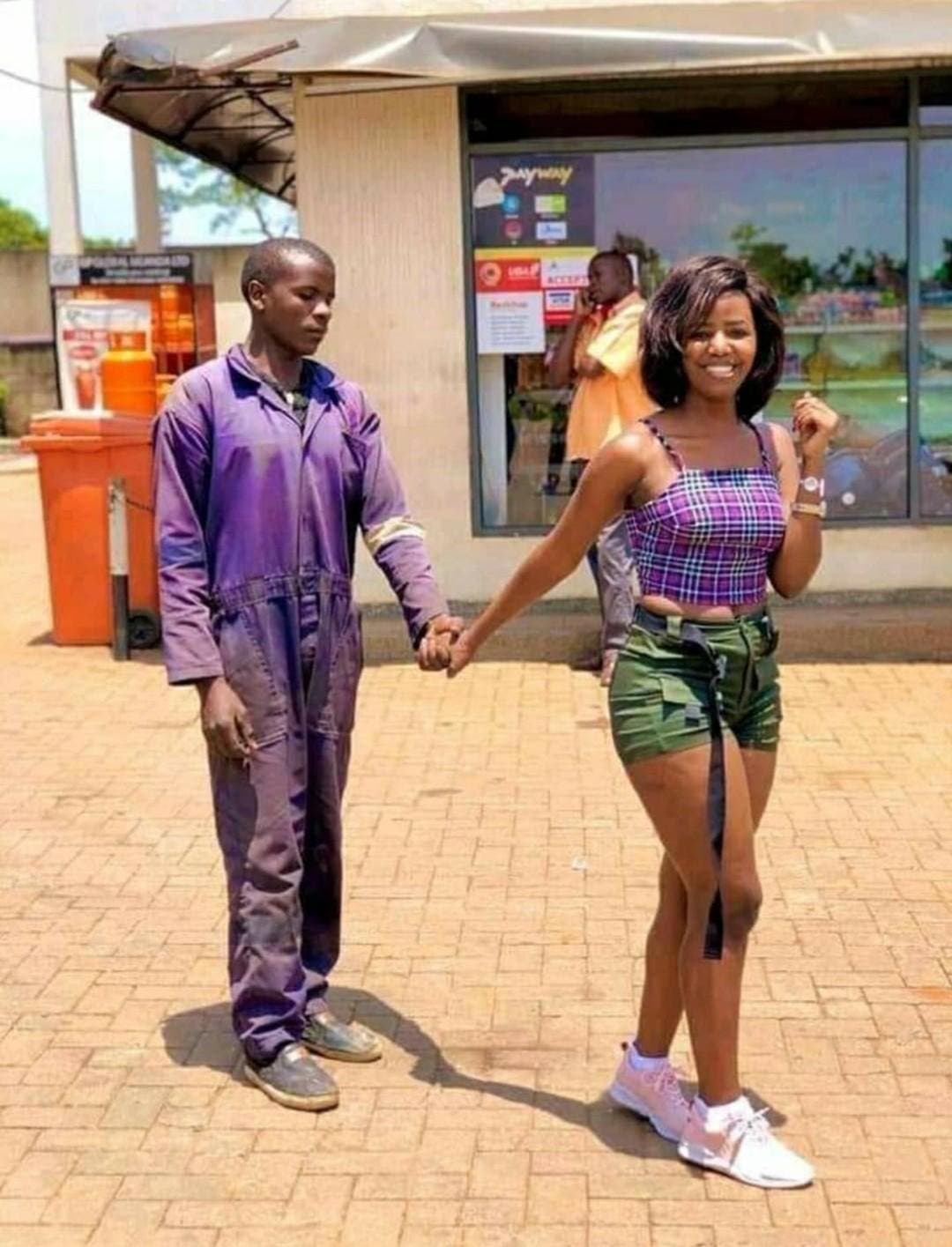 Kwena showed off her boyfriend who is a mechanic
A South African slay queen has finally broken her silence days after she went viral for showing off her boyfriend who is a mechanic.
The woman identified as Adv Boitshepo Kwena with the Twitter handle, @kwena_boitshepo had taken to social media to share photos after she visited her mechanic boyfriend at his working place.
Many people who liked the photo commented that it is indeed true love. However, others didn't like that he showed off the boyfriend who was wearing dirty clothes.
Speaking via her recent tweet, she said he makes him happy, and she’s glad to be in a relationship with him because love is not about material things.
Replying a lady who asked her why she allowed him look dirty in the viral photo, she said;
“I think you being very emotional. Dont you take random pics. I wish you can understand what I trying to show- love is not about appearance and material things.” 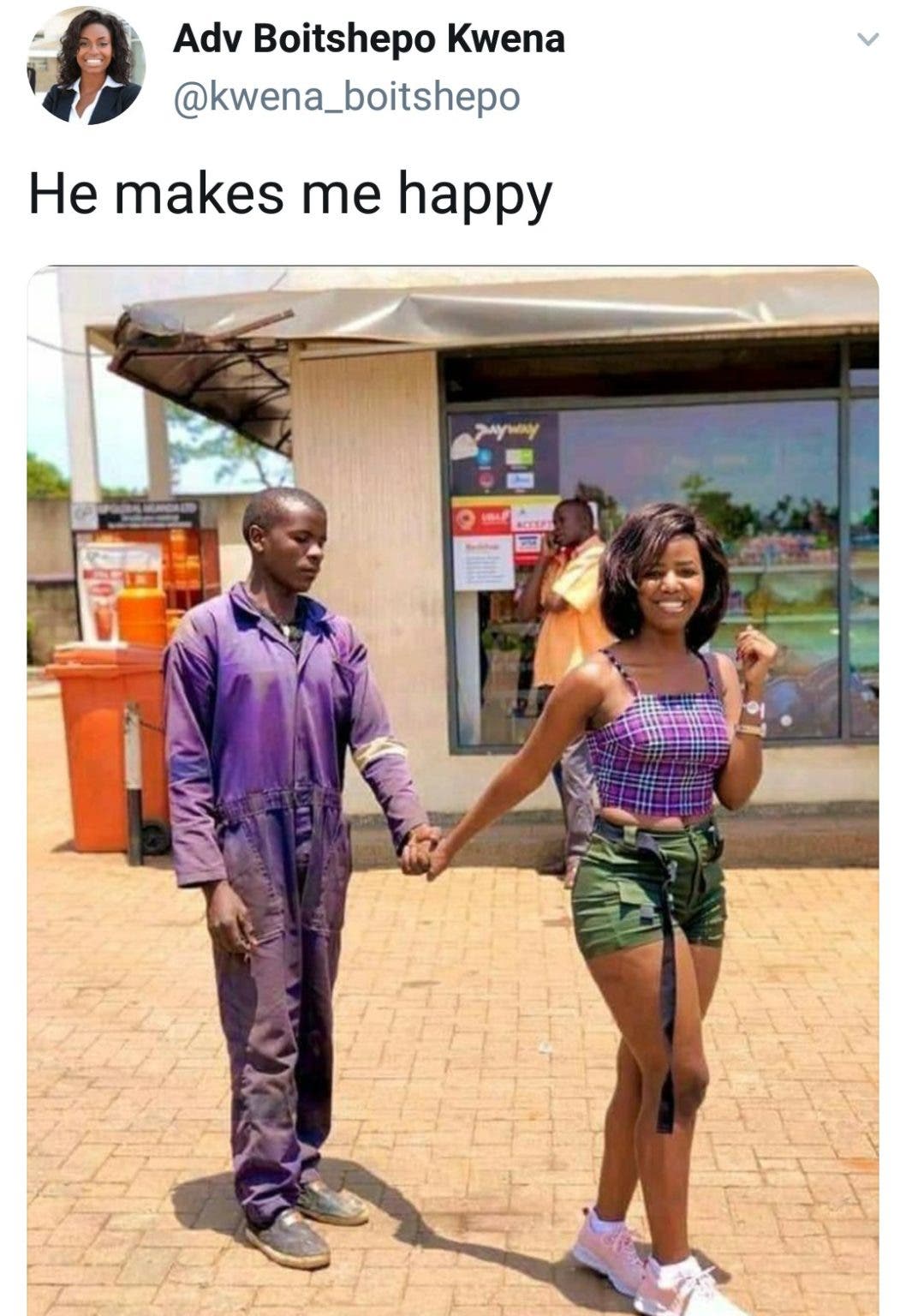 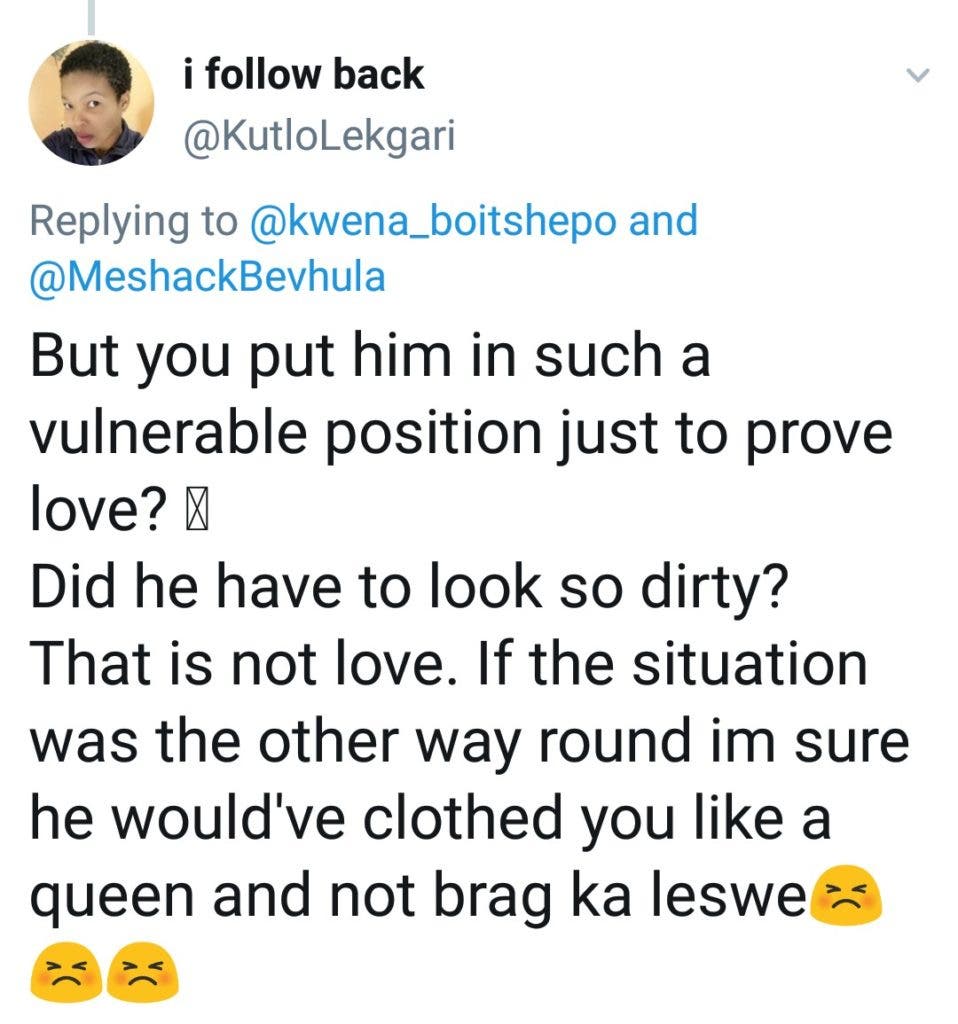