Following the attack on unarmed protesters by the Nigerian army, some hoodlums have resulted in setting most govt properties ablaze. 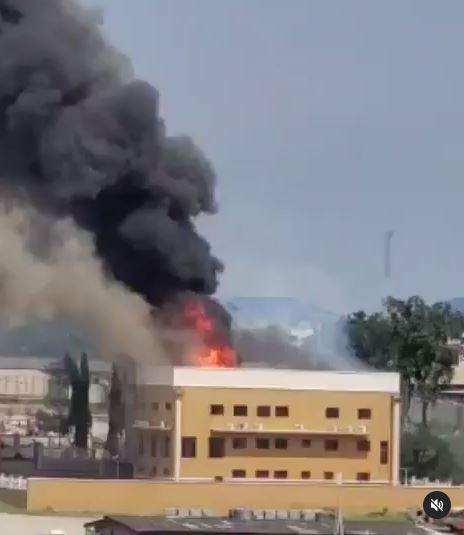 A group of angry mob have set the Lagos Theatre in Oregun area ablaze today, October 21.

Some protesters who were interviewed at the scene of the incident by newsmen denied having a hand in the vandalization. They also revealed that they tried to wade off the mob before the attack.

This attack in Lagos State is as a result of the Nigerian army shooting and wounding unarmed protesters on Tuesday, October 20 at the Lekki Toll gate.

Hoodlums set Lagos theatre in Oregun on fire. The facility was built by former Governor of Lagos State, Akinwunmi Ambode