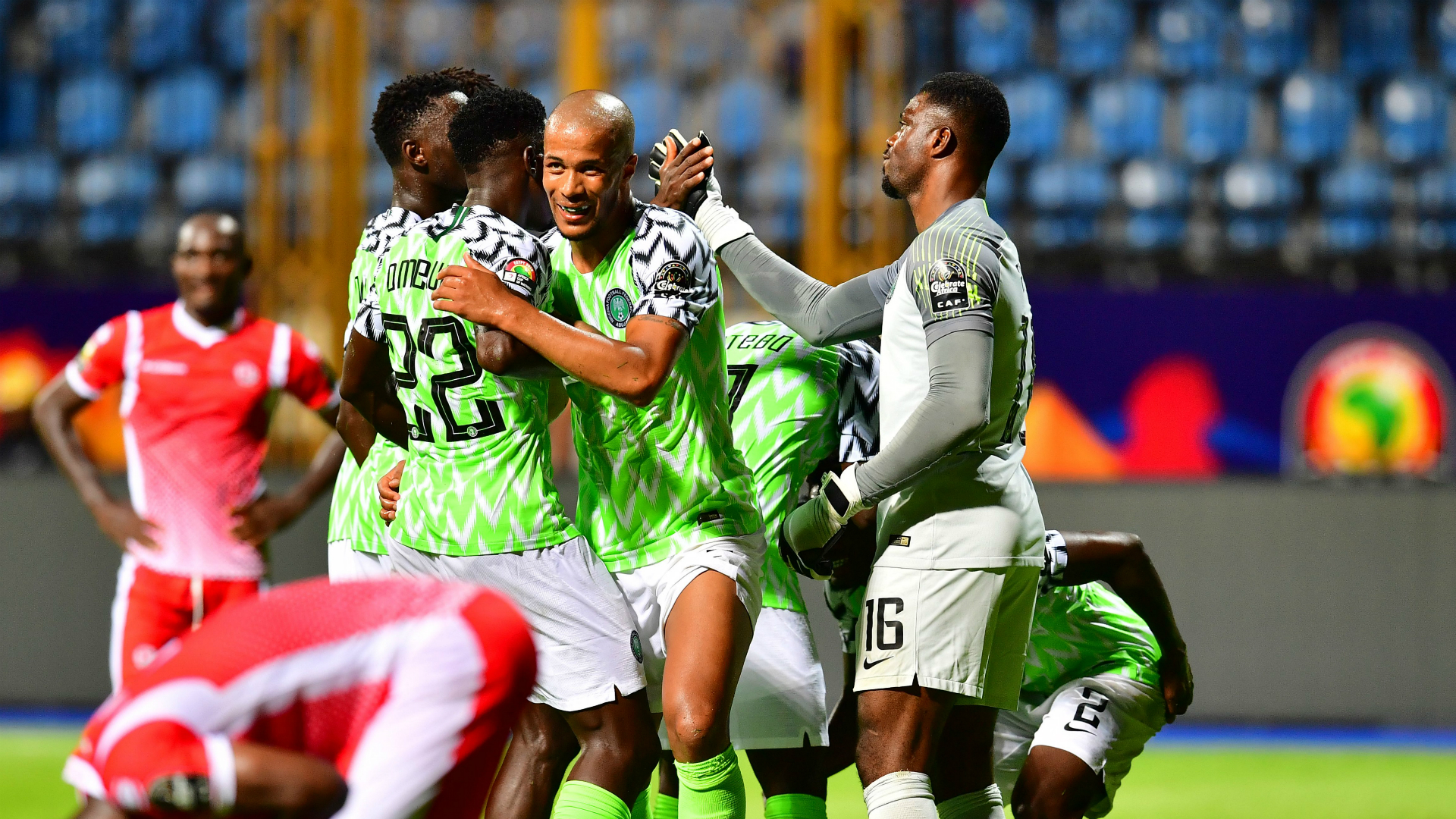 Super Eagles
The Super Eagles are now the 32nd in the world according to the latest FIFA ranking.
The rankng was released on Wednesday which saw the Super Eagles drop three places.
They also lost their position as the third-ranked team in Africa to Algeria, dropping to the fourth position.
The Eagles had earlier been ranked 29th in the September ranking which was released after a six-month break due to COVID-19.
The Nigeria team played two friendly matches during the period, losing 1-0 to Algeria and playing a 1-1 draw with Tunisia.
The top 5 nations are unchanged with Belgium, France, Brazil, England, and Portugal ranking first, second, third, fourth, and fifth respectively.
Senegal are still the highest-ranked team in Africa, dropping one place to 21st, while Tunisia are second – unchanged at 26.
Algeria moved up five places to the 30th position to be ranked third in Africa, while Morocco are now ranked 39th position in the world and fifth in Africa, after moving up four places in the world ranking.
Ghana, Egypt, Cameroon, Mali, and Burkina Faso make the top 10 teams in Africa at sixth, seventh, eighth, ninth, and 10th positions respectively.
Top Stories