After the photo surfaced online, they were upset and attacked him for "disgracing the religion' 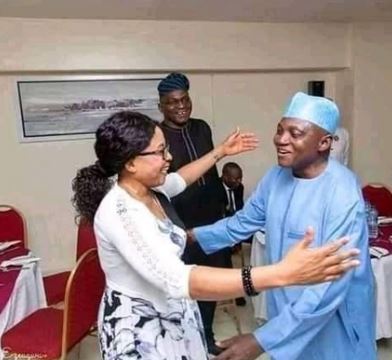 Presidential aide, Garba Shehu, has been attacked by Muslims online after he was pictured moving to hug a woman.

Hugs and handshakes between the opposite sex who are not married are forbidden in Islam.

However, in a photo shared online, Garba Shehu, a practising Muslim, was captured in a way that seemed he was leaning in to hug a woman though there's no actual proof of that.

This angered Muslims and they accused him of ''disgracing the religion.''

Below are some comments; 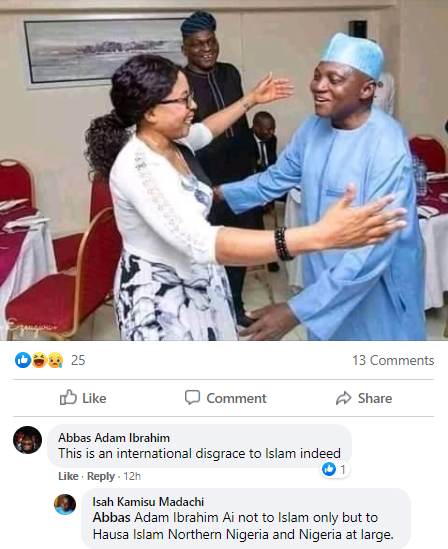 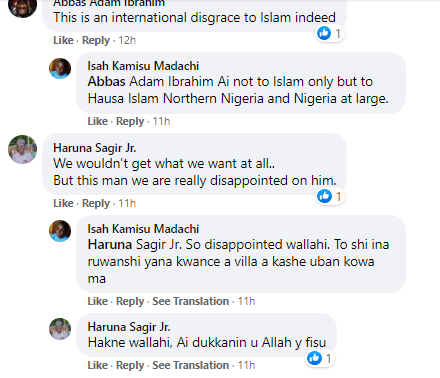 Oh No!! Jealous Second Wife Stabs Teenager Who Her Husband Had Planned To Marry In Kano (Graphic Photos)
Recent Stories