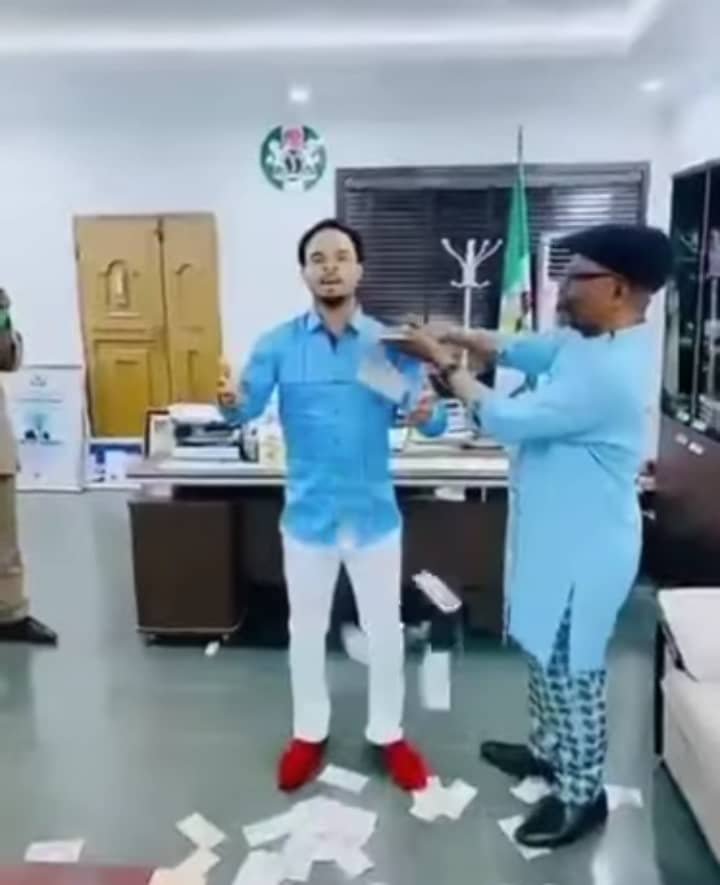 Abia chief of staff spraying money on Odumeje
The controversial video of Governor Okezie Ikpeazu's Chief of Staff, Anthony Agbazuere spraying money on Prophet Odumeje in his office has surfaced.
The incident led to his suspension contained in a statement released by the Secretary to the State Government, Barr. Chris Ezem.
It reads, “Abia State Governor, Dr Okezie Ikpeazu, has directed the immediate suspension from office of the Chief of Staff to the Governor, Dr ACB Agbazuere.
The Permanent Secretary, Government House, Mr Alozie Odoemelam, will perform the duties of the office of Chief of Staff until further notice. Thank you.”
Watch video of Abia State COS spraying Odumeje money in the governor’s office below;