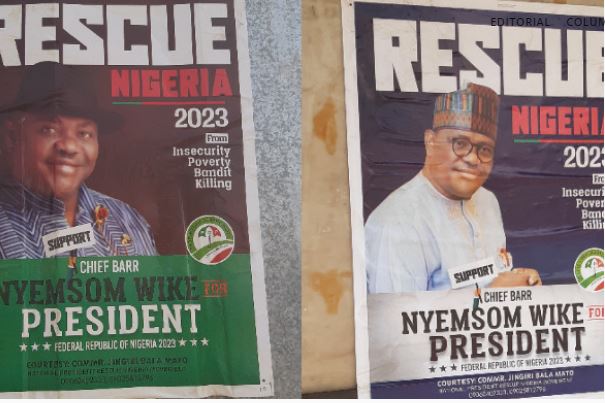 Wike' presidential poster surfaces
Two years to the next presidential election, campaign posters of Governor Nyesom Wike has surfaced.
The Presidential campaign posters bear his name and pictures.
The photos were surfaced in the Federal Capital Territory, Abuja.
Wike, a member of the Peoples Democratic Party, is serving his second and final term of four years as the governor of the South-South state.
The photos it was gathered were posted in strategic locations on the popular Herbert Macaulay Way in the Central Business District of the FCT.
Some were seen pasted on the fence of a building that served as the Buhari/Osinbajo Presidential Campaign Office in 2015 and 2019.
Reacting, the Rivers State Government said Governor Nyesom Wike was not behind the presidential campaign posters seen in some parts of Abuja, the nation’s capital on Monday.
Top Stories