Revealed! A Chibok Parent Has Spoken With Daughter After Her Escape From Boko Haram


The man on Friday said he had spoken with his daughter, who is still in the custody of soldiers after their escape from their abductors in the Sambisa Forest. 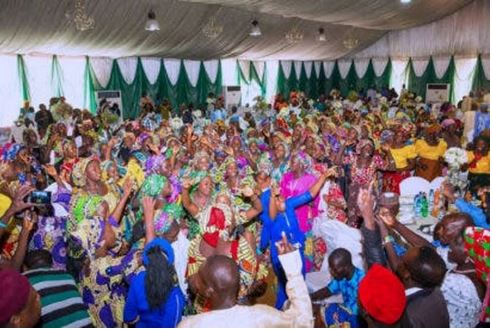 It has been revealed that a parent of one of the escaped Chibok girls has spoken with his daughter.

The man on Friday said he had spoken with his daughter, who is still in the custody of soldiers after their escape from their abductors in the Sambisa Forest.

Mr Ali Maiyanga’s two daughters were part of the few Muslim schoolgirls taken with the majority Christian Chibok girls in 2014 from the Government Girls Secondary School in Chibok Local Government of Borno State.

A statement obtained by DAILY POST from Emmanuel Ogebe of the US-Nigeria Law Group (USNLG) said, information currently available indicates that there are other escapees with the army whom parents are anxiously waiting to identify.

“Today, a parent of still missing Chibok schoolgirls who USNLG supports informed us of the escape of additional schoolgirls six years and nine months after their abduction.

“We spoke and confirmed from Mr Ali Maiyanga moments ago that he in fact spoke with his daughter today who informed him that she along with others were rescued. Her sister who escaped four years ago and is on break was overjoyed at the news of her sibling’s escape,” The statement said.

Mr. Emmanuel Ogebe is a Nigerian human rights lawyer who practices in the United States and has previously worked with some of the escaped Chibok girls and their families.