A Nigerian fraudster is on the run after being declared wanted by a police abroad for engaging in fraud. 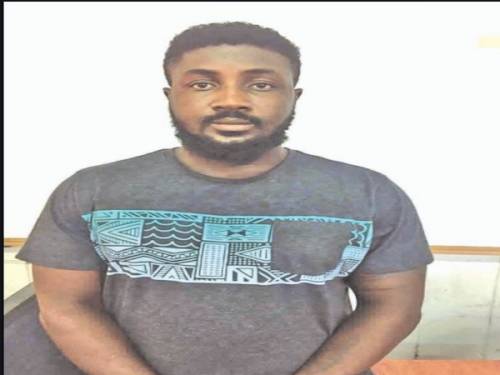 Chukwunonso
The Guyana police is currently looking for a Nigerian fraudster.
The police in the country has declared forty-one-year-old Nigerian, Chiama Victor Chukwunonso wanted by the Guyana Police Force for trying to obtain money by false pretence.
Guyana, officially the Co‑operative Republic of Guyana, is a country on the northern mainland of South America. It is considered part of the Caribbean region.
According to the police, Chukwunonso defrauded one Bhagwaindai Azimulah of $13,000,000 between January 3, and November 6, 2020.
Police said that Chukwunonso's last known local addresses were given as Lot 3538 Stevedore Housing Scheme, North Ruimveldt and Lot 143 Campbellville Avenue, Georgetown.
Anyone with information that may lead to the arrest of Chiama Victor Chukwunonso is asked to contact the Police on telephone numbers; 226-6978, 225-8196, 226-2870, 226-7065, 227-1149, 226-7065, 225-6940, 911 or the nearest Police station.
The police assured any informant that all information would be treated with the strictest confidence.
Top Stories