The villagers accused the suspect of using voodoo to ruin lives, including poisoning people and making them mad. 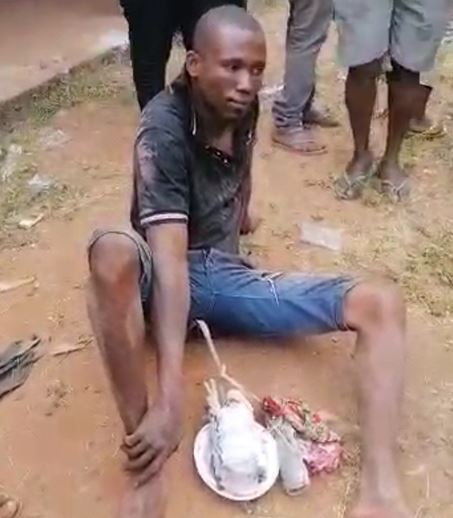 The scene played out in Otta village in Oraukwu, Anambra state.

Villagers are seen surrounding a man named Onyeka while the man holds a plate with some fetish items in it. 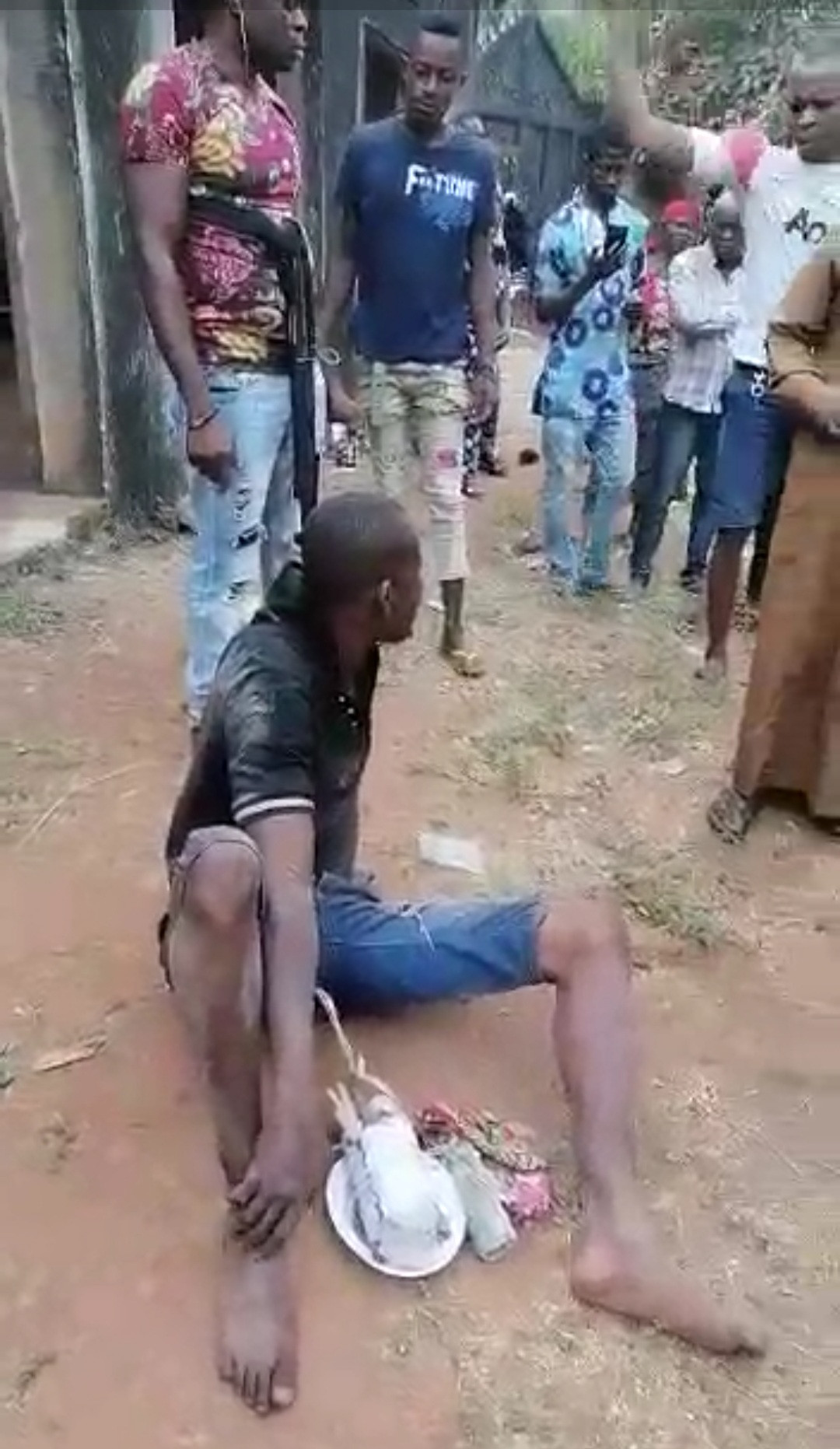 The villagers said he is a man known for using voodoo to ruin lives, including poisoning people and making someone mad.

The men are heard asking why he can't use the voodoo to help make himself successful or make him an international business man who travels abroad and returns at will.

The villagers went on to claim that Onyeka kept jazz in his house that made his best friend, Chidi, run mad.

The spectators claim the young man was only age 18 when he poisoned someone named Samuel Aniekwe because of a woman they both wanted and the person died.

They went on to mention his other alleged victims and claimed he boasted to people that he's a "silent killer".

They said they have all his crimes documented and taped.

They also alleged that he had vowed to his mother that he was going to kill the boy Samuel, who was fighting over a woman with him and the boy ended up dead.

They said the brother of the victim claimed his brother, while sleeping at night, was always heard screaming, "Onyeka leave me" until he died eventually from the effects of the poison.

"Where is the girl now?" the men asked, adding, "You're no longer dating the girl. You ended up not marrying her."

They told the young man that he must tell them what happened to the man named Samuel because they are certain he's responsible for Samuel's death. They claimed he had already confessed to being responsible for Chidi's madness and claimed he told them he has "untied" Chidi.

They said they've sent for his alleged victim named Chidi and he's on his way. They added that they've also sent people to Abagana to call the family of the boy he killed.

They told him he must untie everyone he's placed in bandage.

The men did not explain what led them to conclude that Onyeka uses jazz to destroy lives.