A member of the National Youth Service Corps has been commended over his philanthropic gesture. 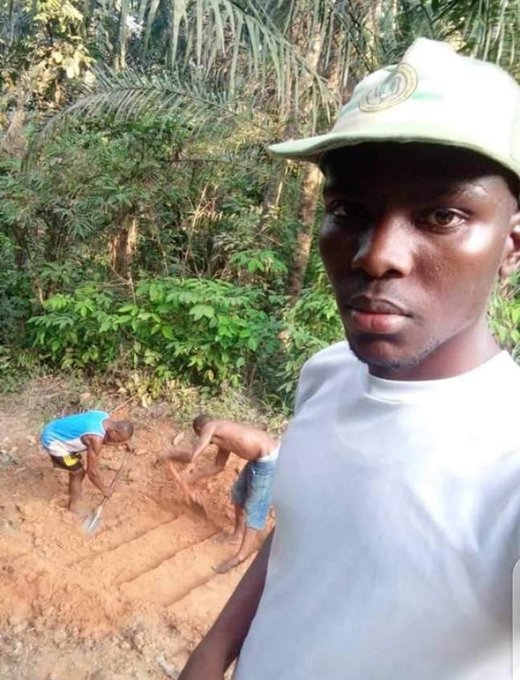 Ugwu build a stairwell for the community
A youth corper, Ugwu Kenneth who noticed the way villagers were suffering in his place of primary assignment has decided to make things more easier for them by building a stairwell.
It was gathered that the people found it difficult to access the area before Ugwu decided to help them out.
The good gesture was shared by a Nairaland member who wrote:
"When corper Kenneth Ugwu was posted to a village in Akwa Ibom state, little dis he know that he would be the saviour of the residents in this Akwa Ibom village who usually struggle to trudge up and down this slope on their way to getting water from a stream. This NYSC engineer "corper" , Kenneth Ugwu built them a stair walkway.
This is a worthy #challenge to other corps members.
Idim Ukpem Community, Akwa Ibom State
NYSC Member, Ugwu Kenneth built a Stair-walkway
Kudos to him!!"
He has been praised online for the kind gesture. 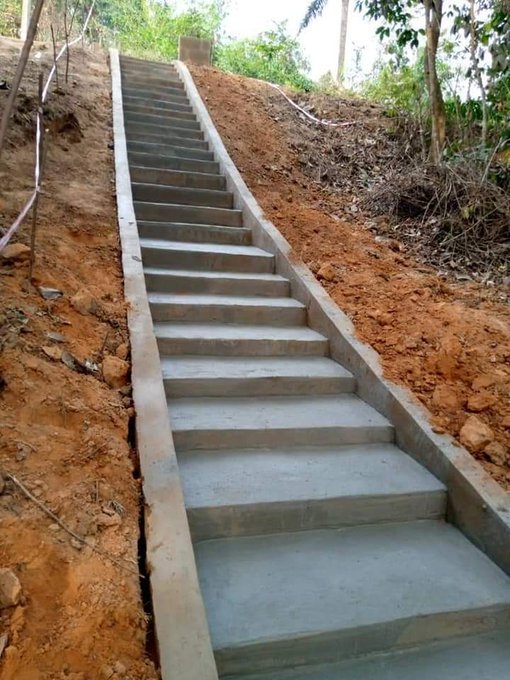 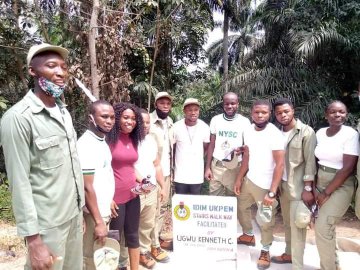