A young man has died in a tragic car accident just few days to his wedding leaving many loved ones in tears. 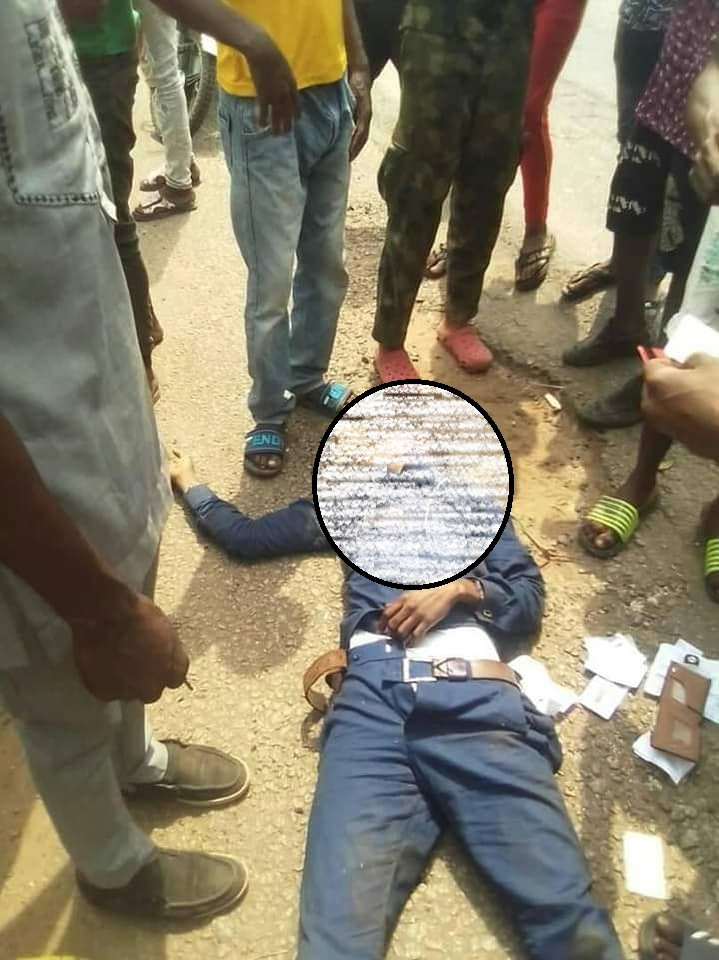 The dead man
A tragic car accident has claimed the life of a man preparing to marry in a few days.
The Nigerian man identified as Emmanuel Onyekachi Amakor from Ngor Okpala in Imo state died from a fatal car accident along Owerri-Aba Road on Monday, February 1.
According to his friend, Prince Oscar Raymond, who took to Facebook to mourn him, the incident has left his family devastated.
Raymond disclosed that Mr. Onyekachi was set to tie the knot with his fiancee, Veronica Ocheze Nwanoruo, on Saturday, February 13.
He wrote; 'GOD WE WON'T ASK WHY BUT YOU KNOWETH ALL THINGS, WE JUST LOST THIS BROTHER IN A CAR WRECK ALONG OWERRI ABA ROAD YESTERDAY WHOSE WEDDING IS COMING UP ON THE 13TH OF FEBRUARY 2021 BUT DIED ON THE 1ST OF FEBRUARY 2021 MAY HIS GENTLE SOUL REST IN PEACE AMEN.'
See more photos below: 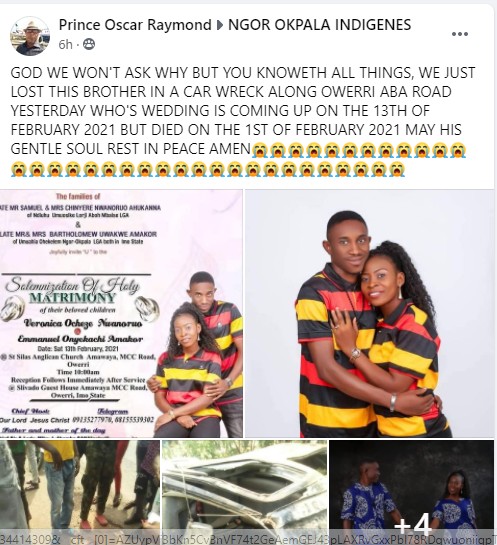 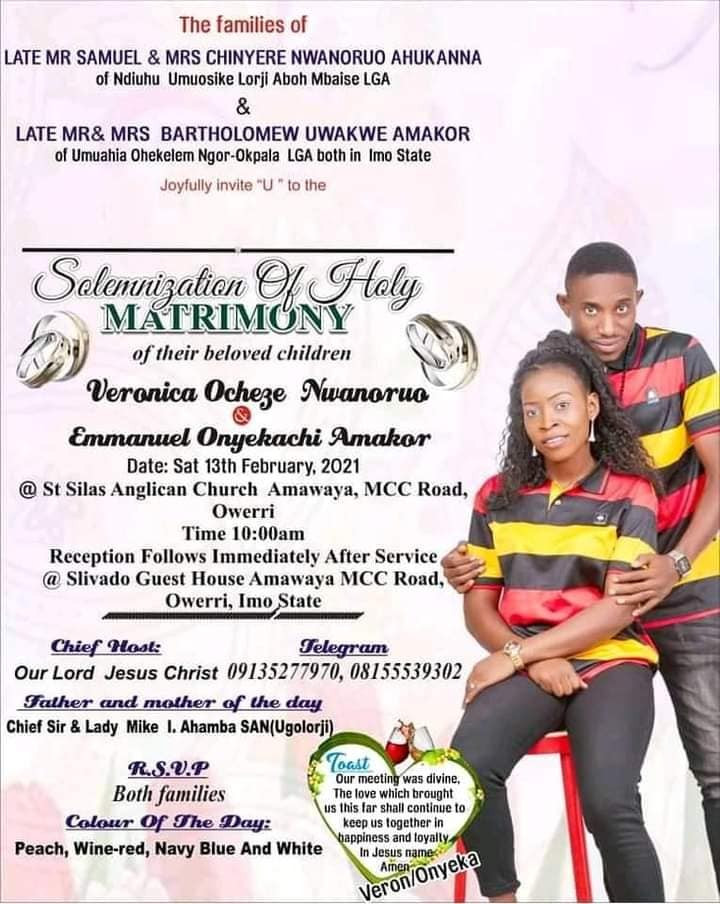 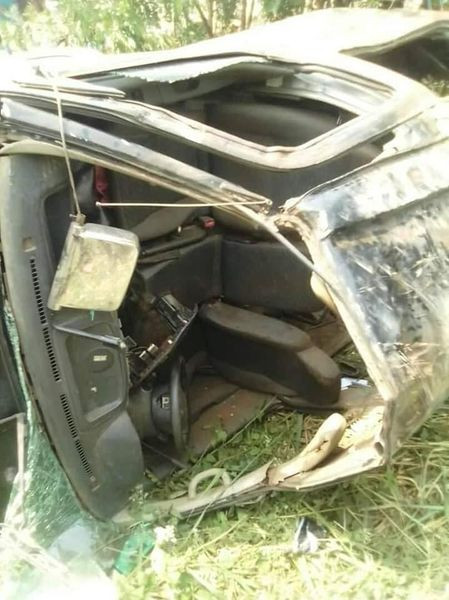