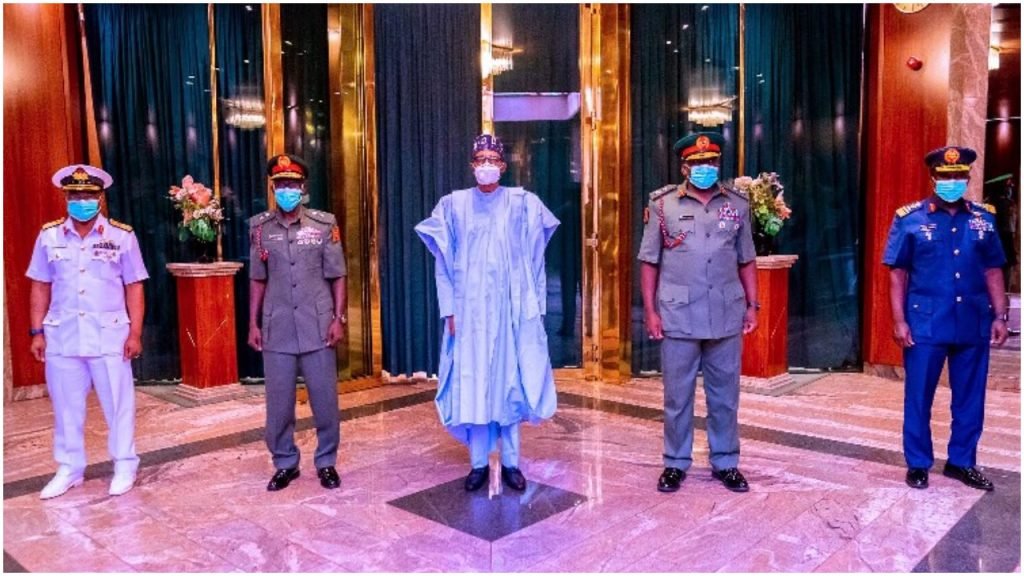 Buhari and his former service chiefs
A letter has been sent to the Senate asking for the confirmation of the newly appointed service chiefs.
President Muhammadu sent the letter to the senate on Tuesday.
Senate President Ahmad Lawan read Buhari’s letters of request on the floor at plenary.
The new Service Chiefs to be confirmed are Chief of Defence Staff Major-General Leo Irabor; Chief of Army Staff Major-General Ibrahim Attahiru; Chief of Naval Staff Rear Admiral Awwal Zubairu Gambo and Chief of Air Staff, Air-Vice Marshal Isiaka Oladayo Amao.
Details shortly…
Top Stories