Nigerian international, Paul Onuachu has been honoured for his goalscoring ability in Belgium. 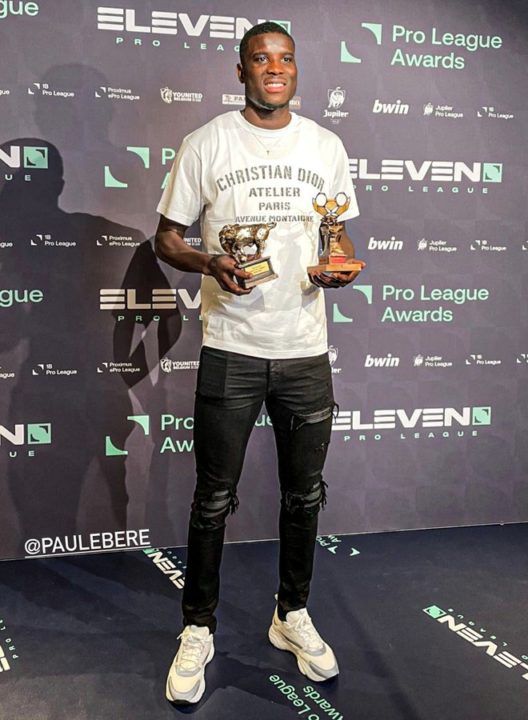 Paul Onuachu
Nigerian striker, Paul Onuachu has been celebrated in Belgium.
The Genk forward has won the Jupiler Pro League Professional Footballer of the Year award for the 2020/21 season.
The 26-year-old beat Club Brugge’s Noa Lang and Beerschot’s Raphael Holzhauser to the individual prize.
Onuachu also picked the Golden Shoe Award following a stellar campaign for Genk.
The Nigeria international scored 33 goals and provided five assists in 38 league appearances for the Smurfs.
The Nigeria international played a key role as Genk won the Belgian Cup and came second behind Club Brugge in the league.
He has been linked with a move away from the club with Sevilla, Liverpool, Celtic and RB Leipzig said to be interested in his services
Top Stories