Before Oduduru’s false start, America’s Fred Kerley had made a movement before the gun but warned. 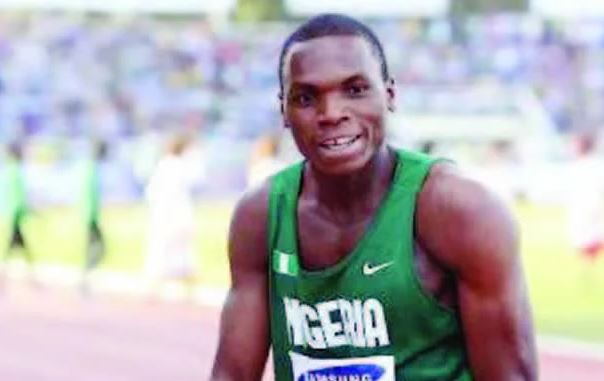 Nigerian athlete, Divine Oduduru, has been disqualified from Heat 5 of men’s 100m for a false start at the ongoing Tokyo 2020 Olympics.

Meanwhile, Ese Itsekiri representing the country in the 100 metres at the Olympics qualified for the semi-final after finishing 3rd respectively in his heat.

Itsekiri finished in 10.15 seconds in the first heat.

Divine Oduduru has a personal best of 9.86 seconds.

Before Oduduru’s false start, America’s Fred Kerley had made a movement before the gun but warned.

This is coming after Blessing Okagbare was barred from the Olympics after failing a drug test, the first doping case of the Tokyo games track and field competition, officials said Saturday.

The Athletics Integrity Unit said in a statement that Okagbare, who won her opening heat of the women’s 100m on Friday, had tested positive for human growth hormone.

The out-of-competition test was conducted on July 19, the AIU said. Okagbare was notified of the test results early Saturday.

Okagbare’s suspension is the latest twist in a troubled track and field campaign at the Olympics for Nigeria.

On Thursday, the AIU said 10 Nigerian athletes were among 18 competitors prevented from entering competition in Tokyo after failing to meet requirements for out-of-competition testing.