Following his suspension from Manchester City, Mendy has been taken to court in prison van. 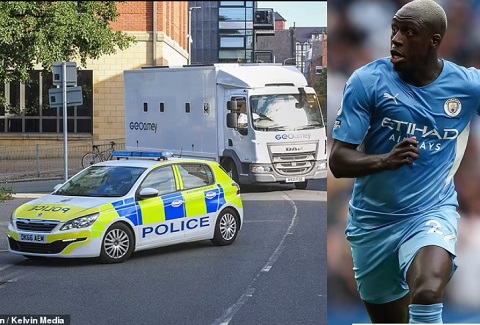 Mendy brought to court in prison van
Manchester City star, Benjamin Mendy has been brought in court in a prison van.
Recall that he is facing four charges of rape.
The France International, 27, is accused of attacking three women over ten months - and is also facing a single sexual assault charge.
He arrived at Chester Magistrates' Court in a GeoAmey vehicle that was followed by a Peugeot 308 police car before driving into the court building through an open red shutter door.
Mendy has also been suspended by Manchester City, the club announced last night.
Sportsmail revealed in November that a Premier League star had been arrested on suspicion of rape, but was unable to reveal his identity for legal reasons.
Yesterday, a spokesman for Cheshire Constabulary said the Crown Prosecution Service had authorised the force to charge Mendy in connection with the alleged sex attacks, which involve three female complainants over the age of 16.
The spokesman said: 'Benjamin Mendy, aged 27, has been charged with four counts of rape and one count of sexual assault.
'The charges relate to three complainants over the age of 16 and are alleged to have taken place between October 2020 and August 2021.
'Mendy, of Prestbury, has been remanded in police custody and is set to appear at Chester Magistrates' Court on Friday 27 August.'
He added: 'Cheshire Constabulary and the Crown Prosecution Service would like to remind everyone that criminal proceedings against Mendy are live and that he has a right to a fair trial.
'It is extremely important that there should be no reporting, commentary or sharing of information online which could in any way prejudice ongoing proceedings.'
Mendy, who earns £90,000 a week and lives in a £5million mansion in Prestbury, an upmarket village near Manchester popular with fellow players, was part of France's World Cup-winning squad in 2018. 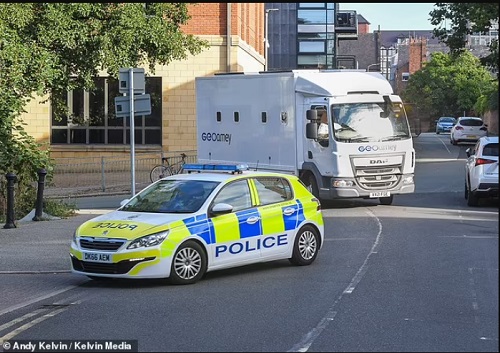