It is the first time since 1954 that the Gunners have lost their three opening games of the league season and this match was effectively over by half-time. 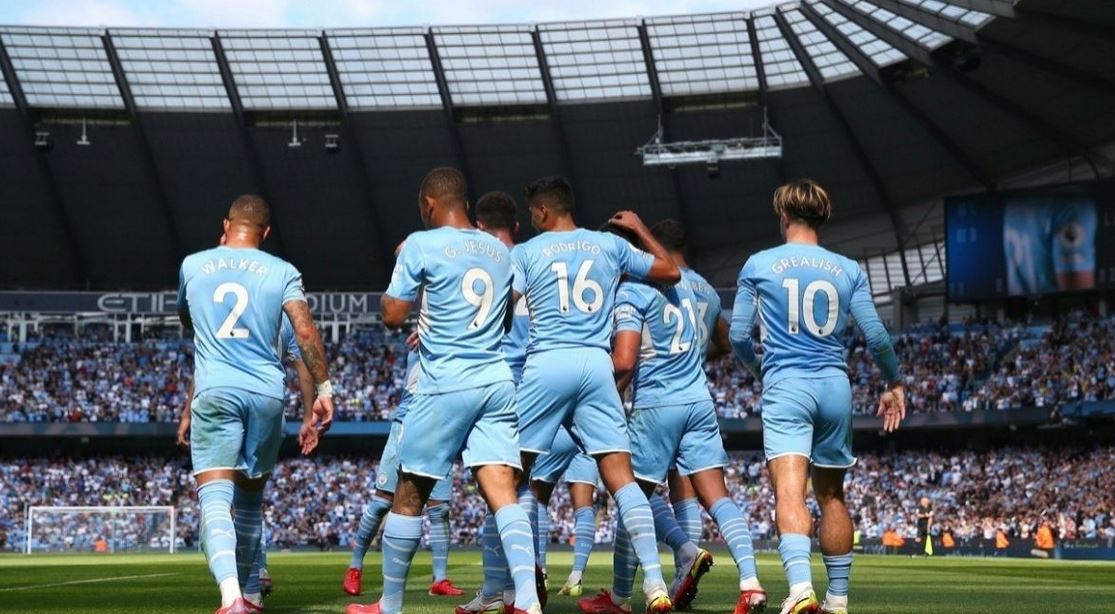 It is the first time since 1954 that the Gunners have lost their three opening games of the league season and this match was effectively over by half-time.

City captain Ilkay Gundogan and striker Ferran Torres scored in the first 12 minutes and any hope Arsenal had of an unlikely comeback was ended when midfielder Granit Xhaka was sent off for lunging into a challenge on Joao Cancelo.

A trademark teasing run from £100m man Jack Grealish set up Gabriel Jesus for an easy third just before the break, then Rodri guided home a fourth from 20 yards just after it.

Such was his side’s total control that City manager Pep Guardiola had used all three substitutes within 16 minutes of the second half starting. It turned into an extended keep-ball session for the hosts, who finished off the rout with Torres’ second six minutes from time.

At the end, Arsenal had managed a single shot – off target – and 19% possession. They are still to score in the Premier League this season and immediately after the international break play Norwich, the team they replaced at the foot of the table.