The money is part of the N10 million given to him by the Nigeria Football Federation to celebrate his 100th appearance in the national team. 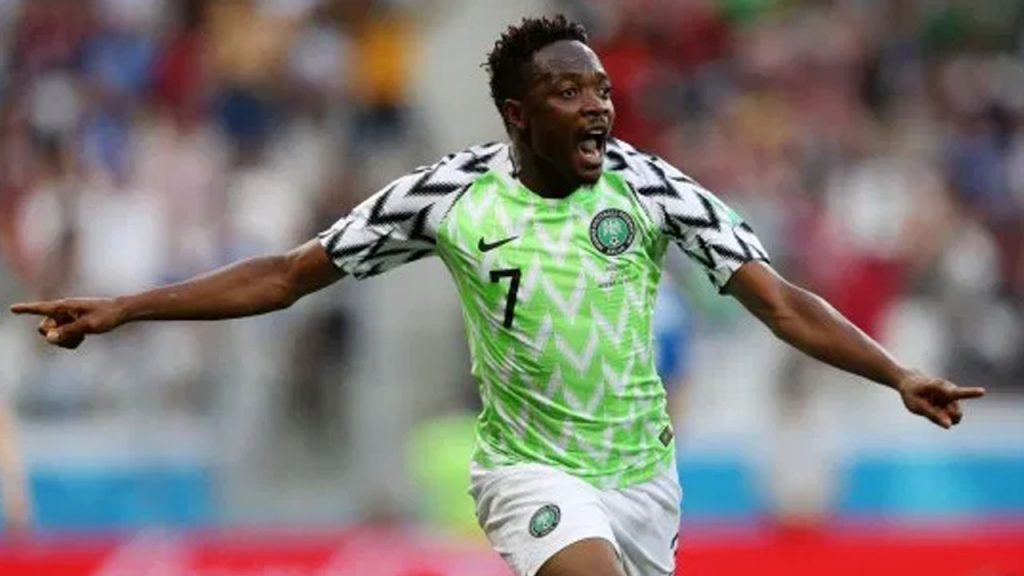 Ahmed Musa
Captain of the Super Eagles, Ahmed Musa has given his colleagues N5 million.
The money is part of the N10 million given to him by the Nigeria Football Federation to celebrate his 100th appearance in the national team.
Musa made his Super Eagles debut at the age of 17 in an Africa Cup of Nations qualifying match against Madagascar. He has scored 15 goals so far for the three-time African champions and he was part of the team that won the 2013 Afcon title in South Africa.
Musa, 28, joined the likes of Joseph Yobo and Vincent Enyeama in the illustrious list of Nigeria’s centurions on Tuesday, September 7, after he played in Nigeria's 2-1 triumph over Cape Verde in the 2022 Fifa World Cup qualifiers.
After the match, the President of the Nigeria Football Federation, Amaju Pinnick promised that the NFF will start giving every player who reaches 100 caps for Nigeria 10 million naira as a gift.
“On behalf of the Nigeria Football Federation, from today when you mark your 100th cap you will get 10 million naira so Musa will get his 10 million and as we're getting to Nigeria, we will call Air Peace to get the 20 million naira promised for winning,” Pinnick told NFF TV.
"You have demonstrated the true Nigerian spirit and you have made us very happy.”
Musa has now come out to give out half of the 10 million naira to his teammates as he thanked them for their support.
He said: “I really appreciate the gift, Mr. President and on behalf of my family, I will say thank you very much to everyone and for the coach, I really appreciate what you've been doing for me. You have made me who I am today and I thank you very much.
“And for my teammates, I don't have anything to say and for the 10m, I'm giving out 5 million naira to the team.”
The former Kano Pillars and Leicester City star is just a game away from equalling Joseph Yobo and Vincent Enyeama's all-time appearance record (101 matches) for Nigeria.
Top Stories