Why Tyson Fury Defeated Me - Deontay Wilder Speaks Up


In brief remarks, Deontay Wilder acknowledged that he had struggled to deal with Fury’s size. 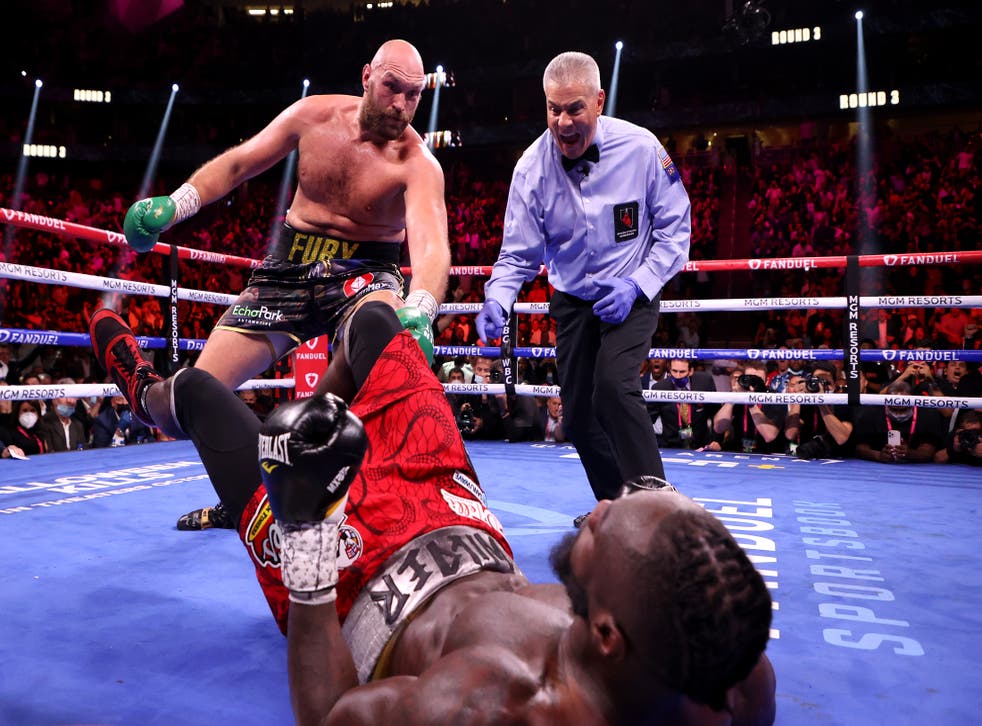 Now Wilder has spoken up about the fight.

Wilder says Fury’s size was a problem for him to handle after he was rushed to the hospital.

In brief remarks, he acknowledged he had struggled to deal with Fury’s size.

“I did my best, but it wasn’t good enough,” said Wilder.

“I’m not sure what happened. I know that in training, he did certain things, and I also knew that he didn’t come in at 277 to be a ballet dancer.

“He came to lean on me, try to rough me up and he succeeded.”

In an epic battle in front of 15,820 fans at the T-Mobile Arena in Las Vegas, both fighters were knocked down on multiple occasions in an enthralling contest full of improbable twists and turns.

Fury looked to have gained the upper hand after flooring Wilder in the third round, only for the 35-year-old from Alabama to respond with two knockdowns that had the English champion clinging on desperately in the fourth.

But it was the bigger, heavier Fury — landing the cleaner and more damaging blows — who finished the stronger, and the champion had Wilder down once again in the 10th with a right hook.

Wilder responded bravely to that knockdown by wobbling Fury in return.

But the brutal energy-sapping nature of the fight, and Fury’s relentless physicality, finally took its toll on Wilder in the 11th.

With the American exhausted and on the ropes, Fury landed the decisive combination.

A right uppercut scrambled Wilder’s senses before Fury crashed a right hook into his opponent’s temple that sent the challenger tumbling to the canvas, barely conscious.