The singer further stated that the movie is a reality that breaks his heart. 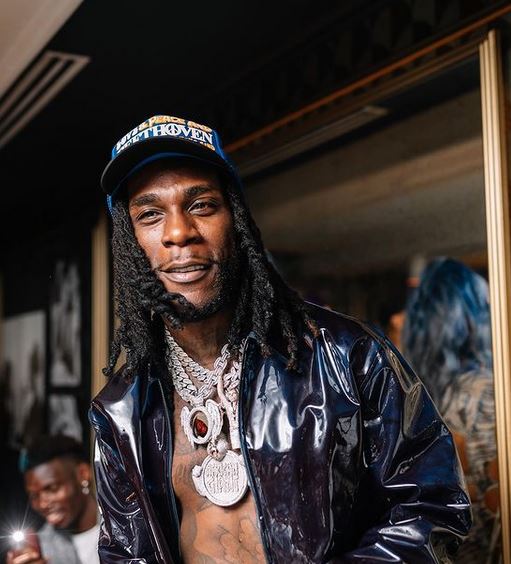 Grammy-award winner, Burna Boy has shared his opinion about the South Korean fictional drama  "Squid Games", which is the most talked-about among viewers.

"Squid Game" is a South Korean fictional drama in which adult contestants who are deeply in debt, play children's games in order to win a ton of cash. The downside is that losers will be killed. And also once you are in the game, quitting also has deadly consequences.

Sharing how he feels about the movie, Burna Boy stated that it is an actual reality "of how no one truly loves anyone when it comes down to survival".

He further stated that it is a reality that breaks his heart. 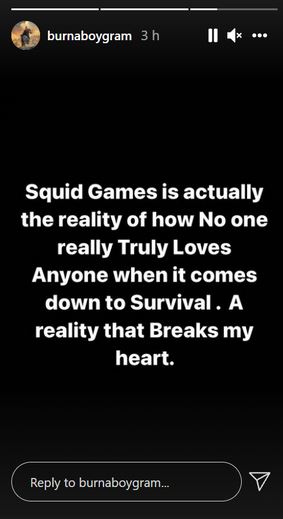