Man Spotted On The Streets Of London Wearing Cardboard That Reads: "I Cheated On My Girlfriend And This Is My Punishment"


People on social media reported sighting him in Euston, Liverpool, and at Waterloo. 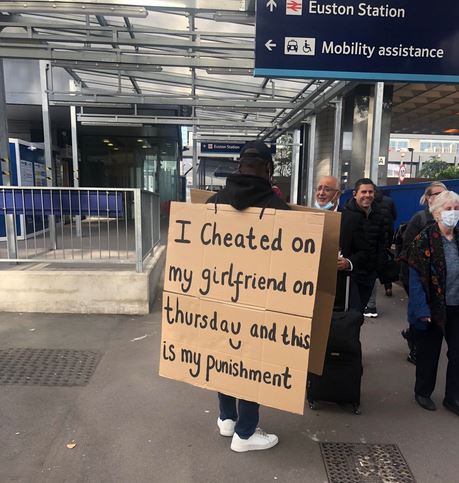 A man was spotted on the streets of London wearing a cardboard that reads, "I cheated on my girlfriend on Thursday and this is my punishment."

People reported sighting him in Euston, Liverpool, and at Waterloo.

The man's action has led to people sharing their opinions about him and his girlfriend,  with many saying the girlfriend doesn't love him.

However,  others have suggested he was most likely taking part in a social experiment or a campaign. 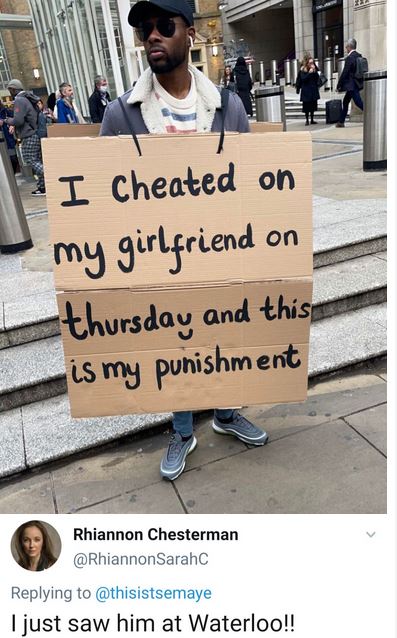 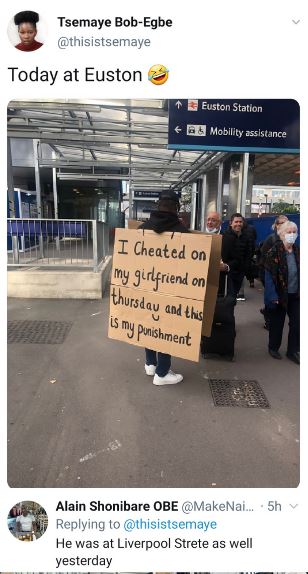