Sagay said he heard rumors that those behind the plot to bring Jonathan into the APC wants him to serve as President for one term. 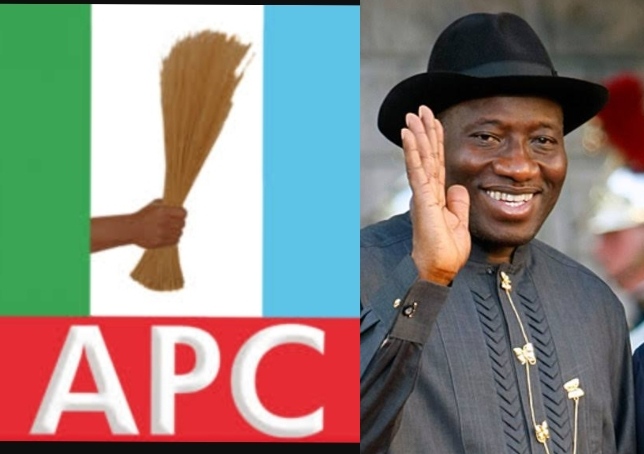 Former President Goodluck Jonathan has been warned against joining the All Progressives Congress.
Prof. Itse Sagay (SAN), Chairman of the Presidential Advisory Committee Against Corruption (PACAC) on Sunday said former President Goodluck Jonathan will be denigrating himself by joining the ruling All Progressives Congress (APC) ahead of the 2023 General elections.
Speaking with Daily Independent, Sagay said he heard rumors that those behind the plot to bring Jonathan into the APC wants him to serve as President for one term and then hand over to Governor Mai Mala Buni of Yobe State who is the Chairman of the APC Caretaker Extra-Ordinary Convention Planning Committee (CECPC).
He said “Now we are hearing from the sides, former president, Goodluck Jonathan wants to join APC. Why would a man who had been president before denigrate himself to that level?”.
” And I hear that the conspiracy is to bring in Jonathan as APC presidential candidate and Buni as vice-presidential candidate. If APC wins, Jonathan will go away after four years and Buni becomes the president. That is the rumour I’m hearing now”.
Top Stories