According to US defence officials, the support included drones, as well as finance for the war. 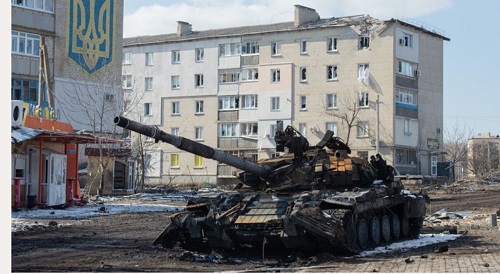 According to CNN, Russia has requested help from China in its war against Ukraine.
Russia asked China for military and economic assistance, the US has said.
According to US defence officials, the support included drones, as well as finance for the war.
The requests came after Russia's invasion of Ukraine, one of the US officials said according to CNN.
Any assistance from the Chinese would change the war and even give the advantage to Russians as it will provide a counterweight to the harsh sanctions imposed on Russia's economy while also give Russia more edge, which it already has in the war.
Liu Pengyu, spokesperson for the Chinese embassy in the US, said in a statement, "I've never heard of that." when asked by CNN.
Liu expressed concern for "the Ukraine situation" -- calling it "indeed disconcerting" -- and said China has and will continue to provide humanitarian assistance to Ukraine.
Liu said: "The high priority now is to prevent the tense situation from escalating or even getting out of control. ... China calls for exercising utmost restraint and preventing a massive humanitarian crisis."
News of Russia's request comes before White House national security adviser Jake Sullivan will meet with his Chinese counterpart, Yang Jiechi, in Rome on Monday, March 13 as part of a follow-up conversation to President Joe Biden and Chinese President Xi Jinping's virtual meeting last November, according to National Security Council spokesperson Emily Horne.
Sullivan speaking to "State of the Union" on Sunday said that China providing Russia with support is a "concern."
"We also are watching closely to see the extent to which China actually does provide any form of support, material support or economic support, to Russia. It is a concern of ours. And we have communicated to Beijing that we will not stand by and allow any country to compensate Russia for its losses from the economic sanctions," Sullivan said.
"We will not allow that to go forward and allow there to be a lifeline to Russia from these economic sanctions from any country anywhere in the world," he said.
Sullivan added that while the US believes "China, in fact, was aware before the invasion took place that Vladimir Putin was planning something, they may not have understood the full extent of it."
"Because it's very possible that Putin lied to them the same way that he lied to Europeans and others," Sullivan told Bash.
Russia expanded its offensive to western Ukraine on Sunday, firing missiles near the city of Lviv and hitting a large military base close to the Polish border, reportedly killing dozens of people.
Local authorities say 35 people were killed and 134 injured at the military base, in what Ukraine's Minister of Defence Oleksii Reznikov described as a "terrorist attack" on peace and security "near the EU-NATO border."
Top Stories