It said the Abuja-Kaduna train service would resume soon with additional security measures put in place. 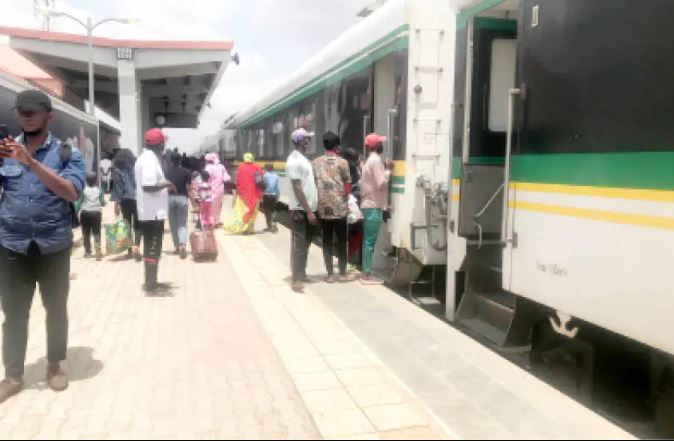 According to a report by Daily Trust, the Nigerian Railway Corporation (NRC) says it has completed the repairs of the Abuja-Kaduna rail track 37 days after it was bombed by terrorists.

It said the Abuja-Kaduna train service would resume soon with additional security measures put in place.

The NRC said when the trains resumed, passengers would be required to provide their National Identification Number (NIN) registration for verification prior to purchasing train tickets.

According to the corporation, this is for improved passenger profiling and safety on-board.

The NRC said these in a statement on Thursday by Engr Niyi Ali on behalf of the corporation’s Managing Director, Engr Fidet Okhiria.

Terrorists had on March 28 attacked the AK9 Abuja-Kaduna train, killing at least nine people, injuring several others and abducting many others.

The NRC said the connection of the Abuja-Kaduna train service line had been achieved.

It stated: “This implies that the major track components (concrete sleepers and rails) have been completely laid. The south end of the tracks (which was destroyed by the explosion) has been successfully joined with the north end. Track access between Abuja and Kaduna is now restored”.

The corporation said the technical team continued with other track stabilization works, including ballasting, temping, fastening of accessories (clips, bolts and nuts) and welding.

It added: “Loco 2502 which was involved in the accident (though not damaged) and trapped at the Rigasa end due to lack of route access has now crossed to the Idu end and taken to the workshop for proper examination and routine maintenance.”