The protesters, who were in their hundreds, were expressing dissatisfaction over the choice of House of Assembly candidates in the 2023 general election.

Some aggrieved members of the All Progressives Congress (APC) in Ilesa West Local Government Area on Sunday stormed the Igbona residence of the Osun APC chairman,  Adegboyega Famodun, to stage a protest.

The protesters, who were in their hundreds, were expressing dissatisfaction over the choice of House of Assembly candidates in the 2023 general election.

Part of their demands was that any candidate who would stand as a candidate in the Osun State House of Assembly election in 2023 should be elected through a primary election as against the proposed consensus candidate system.

They revealed that they were dissatisfied with the decision of the party in the state to impose candidates on them.

The protesters insisted that their motive for embarking on a peaceful protest was to show their grievances and absolute support for a primary election in their constituency.

The protesters, who demanded that candidates should not be imposed against the people’s choice in Ilesa West local government, appealed to the state’s APC executive committee for resolution.

Meanwhile, Famodun has assured that the request would be looked into.

He also praised the protesters for the orderly manner in which the protests were held noting that their action showed that democracy was working in the state since it has room for people to show their grievances in a peaceful manner. 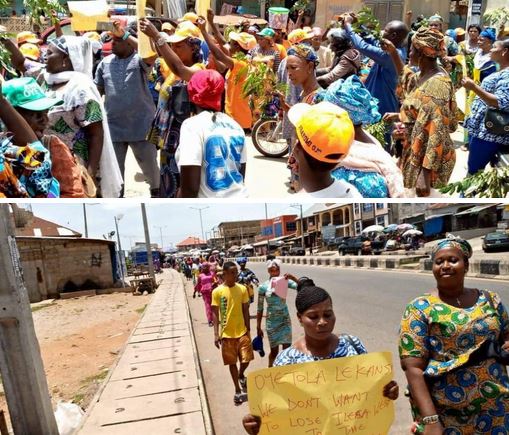