Lady Who Transitioned To Male Is Now De-transitioning To Female, Regrets Action (Photo)


Alia, from Michigan, came out as trans at the age of 18, adopting male pronouns and dressing more masculinely. 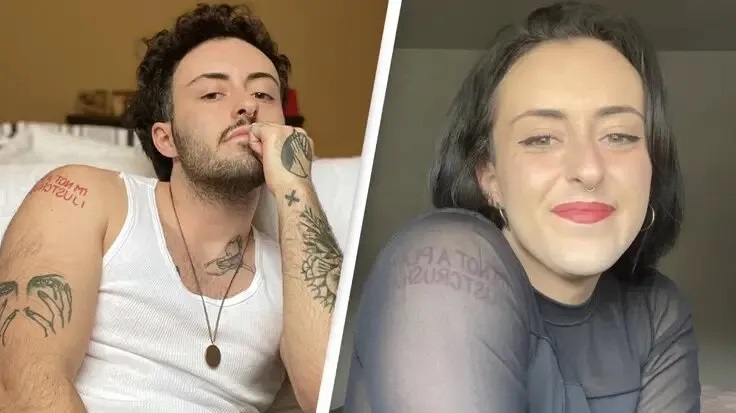 A woman from Michigan, United States who transitioned to become a man is regretting her action.
According to Dailymail, Alia Ismail is now de-transitioning to female after six years of medical transitioning that allowed her become a man.
Alia, from Michigan, came out as trans at the age of 18, adopting male pronouns and dressing more masculinely.
Alia changed her name to Issa in the years after, and at the age of 20, she began a medical transition that included taking male hormones to boost testosterone and having a double mastectomy.
"Socially, at 18 years old, I came out, used male pronouns, and dressed masculine," Alia explained.
"When I was 20 years old, I went through a medical transition in which I took hormones and legally changed my name in August 2015, and subsequently had a double mastectomy in 2016." My grandparents were accepting but not understanding of my transition, and as time went on, my mother began to understand my sentiments better."
Alia, now 27, felt that her new identity didn't truly reflect who she was after the transition, and after much thought, she opted to de-transition to female and now uses they/she pronouns.
"I have no regrets about having surgery or taking hormones," Alia said. That was a pivotal point in my development into the person I am today.
"My family was emotionally apathetic. They knew I was strong enough to take this uncertain road again, and they were proud of me for remaining loyal to myself. I no longer take hormones and have undergone laser hair removal. I have no immediate plans to do anything else, but I am aware that things may change in the future.
"My testosterone level dropped dramatically, but my oestrogen level remained unchanged." I've only been off hormones for a year, after roughly seven years on testosterone. My body only needs time to adjust, and we'll see if I need to take anything to increase my oestrogen levels later."
"I believe that those who do not understand do so out of ignorance and a lack of empathy," Alia continued.
"Decisions are difficult no matter what they are, and I hope that instead of projecting our fears and judgments, we can all remain open-minded to understand why."
"There will always be those who misinterpret me, but I can't let that destroy me." By sharing my experiences, I've been able to assist many others who were wondering their sexuality and gender.
"I've received numerous messages from people seeking advice, and I like building a sense of trust in others."
Top Stories