The incident happened on May 5 and it was captured on video. 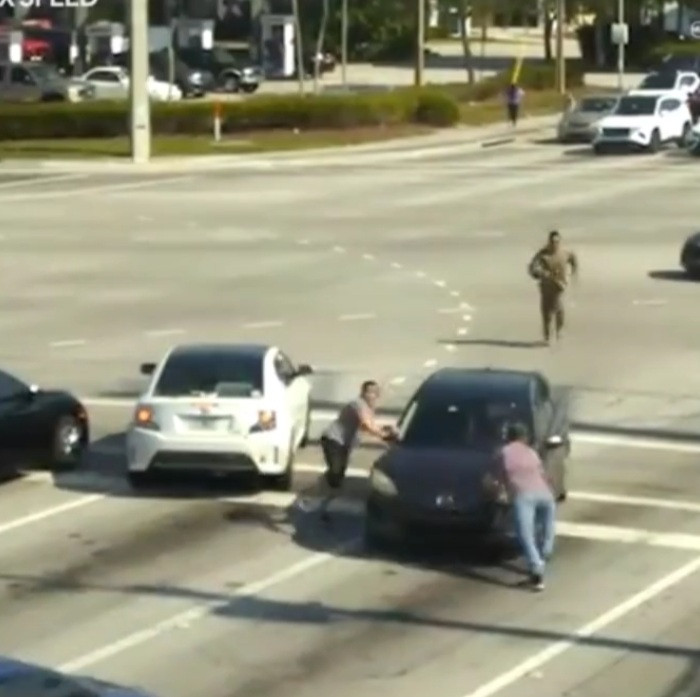 A video has surfaced showing the moment a group of good Samaritans helped a woman who suffered a medical emergency while driving.
The Boynton Beach police is now looking for the good samaritans.
The incident happened on May 5 and it was captured on video.
According to Boynton Beach police, the driver of the car was seen slumped over the steering wheel while her car was moving, so people rushed to stop her moving car, thereby saving her from an accident.
They stopped the car by using a dumbbell to smash a rear window and they then moved the car into a nearby parking lot.
A nurse in the parking lot immediately called 911 and provided medical attention until the fire department arrived. 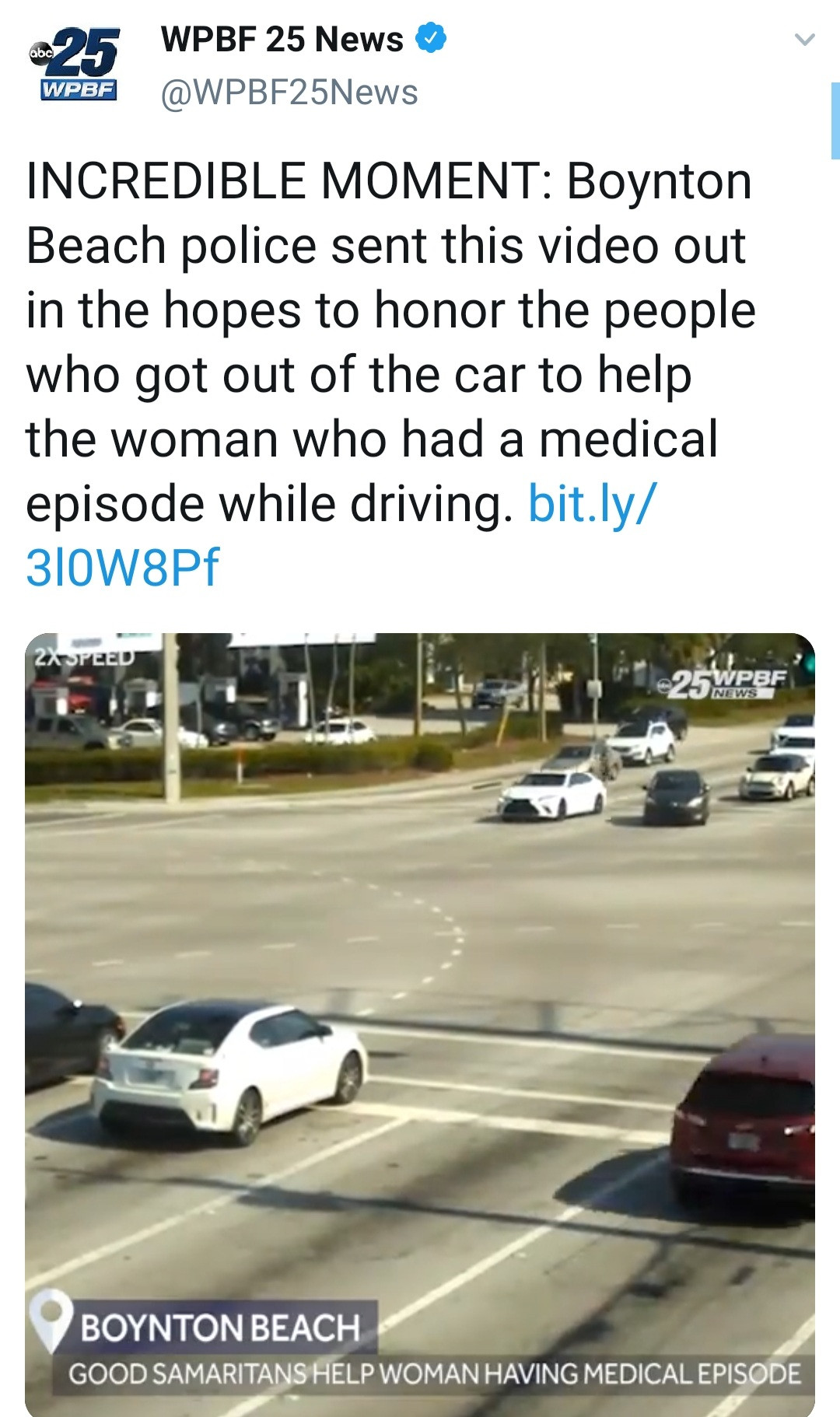 The locals who helped have been hailed heroes.
Police shared the video in the hopes of honoring the people who got out of their cars to save the woman.
Watch video below: