Onu, who became the chairman of the party in Ebonyi after a court sitting in Abuja sacked Mr Tochukwu Okorie on April 13, 2022, was reportedly arrested on Wednesday by police officers from the Federal Capital Territory, FCT. 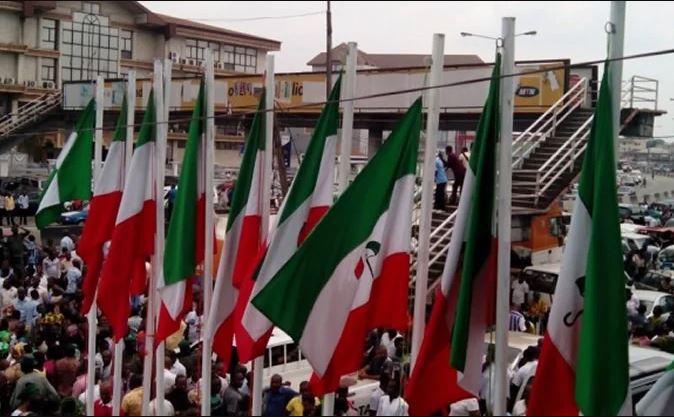 Just about two weeks to the Peoples Democratic Party (PDP) primaries, the police have arrested its Ebonyi State chairman, Silas Onu, as the crisis in the party deepens.

Onu, who became the chairman of the party in Ebonyi after a court sitting in Abuja sacked Mr Tochukwu Okorie on April 13, 2022, was reportedly arrested on Wednesday by police officers from the Federal Capital Territory, FCT.

Justice Ahmed Mohammed of the FCT High Court had while delivering his judgement, held that Okorie was not validly nominated to contest the election for the position of Chairman of the PDP in Ebonyi State and that evidence before it established that Okorie submitted his form, three days outside the deadline that was set by the party.

The court held, “It is the finding of this court that the 2nd defendant (Okorie) who submitted his nomination form on October 4, 2021, instead of October 1, 2021, contrary to the guidelines of the conduct of congresses, is not validly nominated.

“It is the opinion of this court that the 2nd defendant, who was indolent in submitting his nomination form as provided in the guidelines issued by the PDP, who in spite of this failure, was still declared and returned elected, cannot be allowed to benefit from his wrongdoing."

PDP, however, complied with the ruling of the court on May 5, 2021, by recognising Onu as its chairman in the state.

But fresh trouble soon started when he (Onu) recognised the executive of the party in his Ohaozara local government area, elected in the parallel congress he conducted during the state congress of the PDP in October 2021.

Following that, the ousted chairman, Okorie who is challenging his removal in the Appeal Court, sued the new chairman over alleged forgery of Ohaozara LGA PDP congress results, a source close to the matter told SaharaReporters.

The FCT Grade 1 Area court, Nyanya, on April 27, 2022, issued a warrant of arrest for Mr Onu, which the police have now executed.