The intergovernmental military alliance already has 30 member states – 28 in Europe, the United States, and Canada. 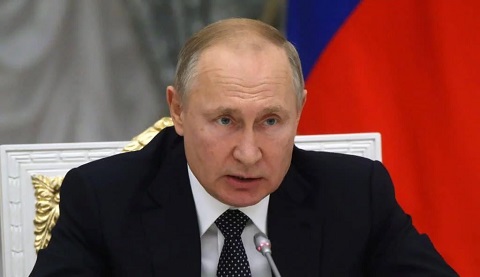 Russia has said it is against Finland and Sweden joining the North Atlantic Treaty Organization (NATO).
According to Russia, such plan is a grave mistake.
The intergovernmental military alliance already has 30 member states – 28 in Europe, the United States, and Canada.
On Monday, Moscow warned that the admission of the two countries would be a grave mistake.
Russian Deputy Foreign Minister Sergei Ryabkov said there will be far-reaching consequences.
Ryabkov added that military tensions with the two Scandinavian nations would increase.
“They should have no illusions that we will simply resign ourselves to this”, Interfax news agency quoted him saying.
In a chat with Finnish Head of State Sauli Niinistö, President Vladimir Putin said his country would be making an error.
More European countries are seeking NATO membership due to Russia’s invasion of Ukraine.
Top Stories