The stakeholders pointed out that the SWC has no right to alter the delegate lists without following due process and the party Constitutions. 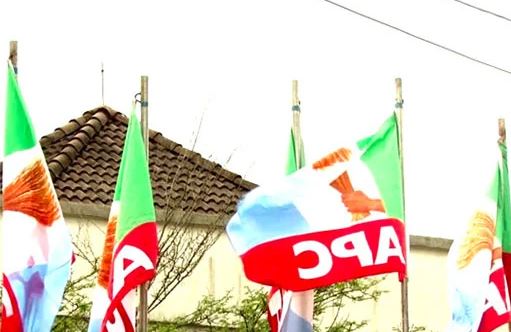 Daily Post reports that ahead of the presidential primary scheduled to hold between June 6th -8th, the Cross Rivers State All Progressives Congress (APC) has been embroiled in a fresh crisis over the alleged “fraudulent” delegate’ list by the State Working Committee (NWC) to the National Working Committee (NWC).

A statement issued Wednesday by Mr. Francis Ekpenyong on behalf of the Cross Rivers Authentic Adhoc National Delegates called on Senator Abdullahi Adamu to ignore a ‘fraudulent’ list of the national delegates sent by the State Working Committee

“As members and stakeholders, we are very concerned and write to state that the party should follow its constitution and guidelines as it relates to the National delegate lists submitted to the party.”

The stakeholders explained that the original people who paid for nomination forms participated in the process and emerged as National delegates of their respective Local Government Areas of the state.

They insisted that the authentic national delegates were elected on the 17th of May 2022 and did not include the names of the SWC members of the party.

To this end, the Cross Rivers state stakeholders called on the national chairman Adamu-led NWC to follow its constitution and guidelines as it relates to the National delegate lists submitted to the party.

The party stakeholders pointed out that the state Governor, Prof. Ben Ayade, Legor Idagbor, Barr. Alphonsus Ogar Eba, Sen. Stephen Adi Odey, Dr. Thomas Aruku, among others did not take part in the National delegate election and they are not delegates from their respective Local Government Areas of Cross River State.

The stakeholders added: “We make bold to say that the so-called National delegate lists presented to the party by the State Working Committee Members of the party was based on a poorly scripted skit comedy shot by the State Chairman of the party and his co-conspirators.”

The stakeholders called on the NWC to ignore the fraudulent delegate list and follow the already existing delegate lists sent to the National Secretary dated the 17th day of May 2022, being the date the National delegate election took place at various 18 Local Government Areas of Cross River state