The State’s Commissioner for Information and Strategy, Imo State, Declan Mbadiwe Emelumba spoke on the report. 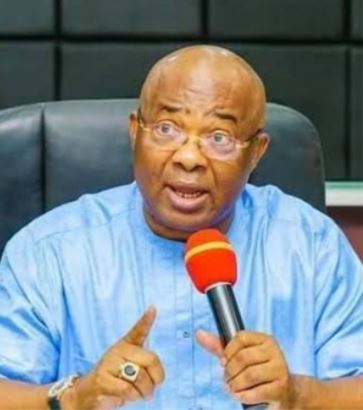 The Imo State Government has reacted to viral reports that Governor Hope Uzodinma suffered a stroke.
The report alleged that the governor is down with a stroke and has been rushed to India.
The State’s Commissioner for Information and Strategy, Imo State, Declan Mbadiwe Emelumba described the report as unfounded, wicked and mindless fabrication.
Emelumba said the recorded voice message was satanic and assured Nigerians that Uzodinma is not only hale and hearty but has been energetically attending to all his scheduled activities in Abuja.
He said: “Uzodinma is not afflicted with any challenge that would have led to a stroke. I don’t really know what those concocting this rumour want to achieve.”
The Commissioner warned the purveyors of the rumours to desist forthwith before they suffer unmitigated disaster.
Emelumba urged the people of the state to disregard the fabrication from mentally deranged elements seeking attention over nothing.
He added that the matter has been handed over to the relevant security agencies to unravel those behind the satanic audio recording.
Top Stories