The former ally of Buhari has, however, said whoever becomes the President has got a lot of work to do. 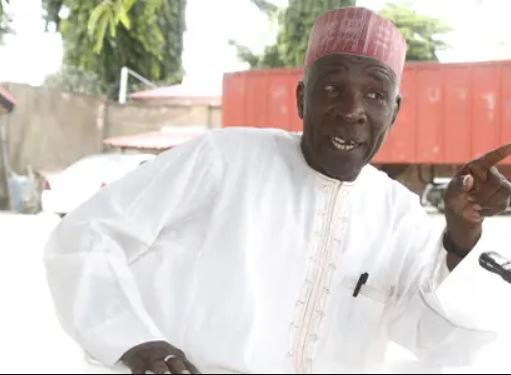 Buba Galadima, a former member of the board of trustees (BoT) of the All Progressives Congress, APC, has decried the approach of President Muhammadu Buhari towards nipping corruption in the bud in his administration, Vanguard reports.

Galadima, while giving his assessment of the fight against corruption in Nigeria, said the arrest of the former Accountant-General of the federation, Ahmed Idris did not justify that the Buhari-led administration was fighting corruption.

“It was because the pot was almost overflowing and there was nothing he could do that he was forced to pick him.

“It’s not the first time. Even when the Accountant-General’s tenure had expired, he allowed him to continue.

“When did his tenure expire? Two years ago? Why did he leave him in public office? Was greasing the palms of some people around him?”

The former ally of Buhari has, however, said whoever becomes the President has got a lot of work to do.

Speaking on the specific area the next President would need to work on, Galadima said: “He has to build trust between the governed and the people in government.

“He has to create an atmosphere that every Nigerian will feel he belongs to.

“The beginning of insecurity in Nigeria starts with the stealing of public funds by governors (the local government funds).

“As long as any government cannot address this there will be insecurity, because money will not be in circulation, because people steal more than they need,” he said.

Recall that Galadima, a former National Secretary of defunct Congress for Progressive Change (CPC), was one of the signatories to the merger that birthed the APC.

He later broke away from the ruling party, alongside some agitated members to form a reformed APC.

Galadima afterwards denied his affiliation with any of Nigeria’s two dominant political parties.

Lately, Galadima has been in the forefront of campaigning on the platform of the New Nigeria Peoples Party, NNPP, saying a former governor of Kano State, Rabiu Kwankwaso is the unopposed presidential flag bearer of the party.