Wife, Her Two Children Allegedly Pay Assassin N120, 000 To Kill Their Father So As To Have Access To His Money (Photo)


The police spokesperson said the suspects will be arraigned in court as soon as investigation into the matter is concluded. 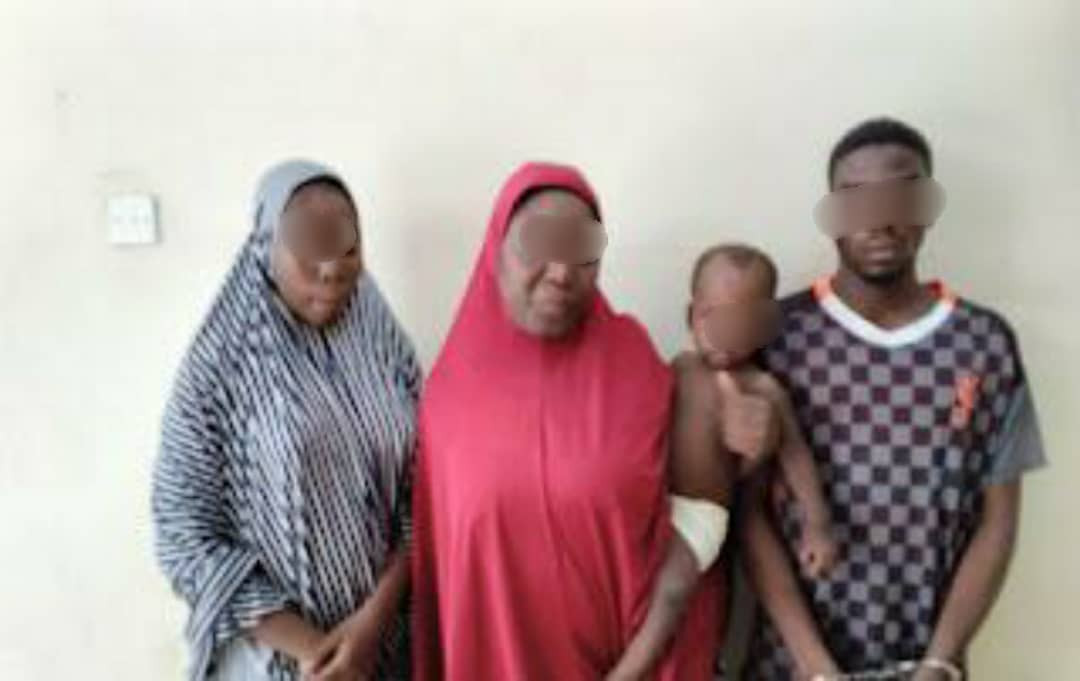 A woman and her children who planned to kill her husband have been arrested by the police in Adamawa state.
According to Police, the housewife, Hapsat Saidu, and her two children, Fa'iza Saidu and Faisal Saidu allegedly connived to pay an assassin N120, 000 to kill their 60-year-old father, Saidu Mamman.
The spokesperson of the state police command, DSP Suleiman Nguroje, who confirmed the incident to LIB, said the incident happened at their residence in Sangere FUTY in Girei Local Government Area of the state on April 22, 2022.
According to the police spokesperson, the mother of six who has been married to her husband for over 30 years, had over the years instigated the children against their father, saying he never provides for them and that he hates them The children, in turn, begrudged their father for allegedly failing to provide for them and paying their school fees.
Nguroje mentioned that the suspects had in the past planned to kill the deceased but failed as one of them leaked the information to their father who confronting his wife, took the matter to court. He, however, withdrew the case and asked that he settled the matter within his family.
On April 22nd, Hafsat and the children succeeded in killing him when they contracted one Mathew Peter(aka Goga) who they paid N120, 000 to assassinate their breadwinner.
The deceased was found unconscious in the pool of his own blood by 6am and was rushed to the Specialist Hospital Yola, where he was confirmed dead by the Medical Doctor.
Nguroje said the police was alerted and the suspects were immediately arrested. He said they all confessed to the crime while the suspected assassin is currently on the run.
The police spokesperson said the suspects will be arraigned in court as soon as investigation into the matter is concluded.
Top Stories