BBNaija Reunion: Michael And I Never Dated – Jackie B Reveals


Taking to Twitter to open up about their union, Jackie B revealed that she and Michael are simply friends.

Jackie B and Michael

BBNaija housemate, Jackie B, has made a shocking revelation about her relationship with fellow housemate, Michael.

This comes following the drama on an episode of the Reunion Show that some fans tagged as ’embarrassing’ to watch.

During the episode of the show, there was a bit of tension between Michael and Jackie B while speaking about their relationship.

Taking to the microblogging platform, Twitter, to open up about their union, Jackie B revealed that she and Michael are simply friends.

“Lol chill my loves, Michael and I never dated and aren’t after a relationship. It was my decision that we remained friends. We’ve never felt the need to explain ourselves to anyone. There’s nothing to be embarrassed by. It’s still not that deep. 🖤,” she wrote. 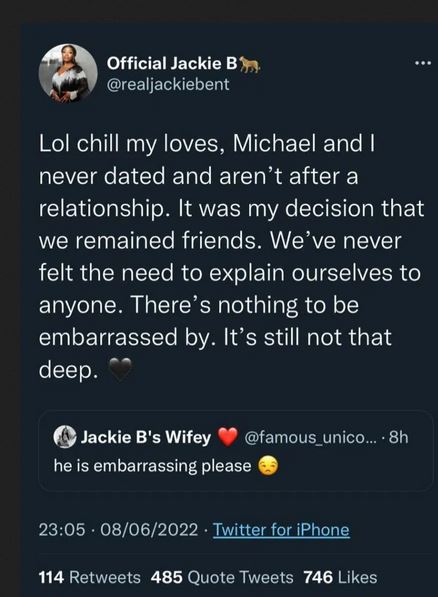 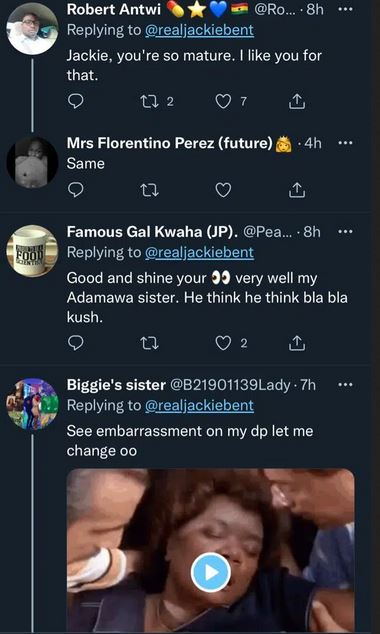 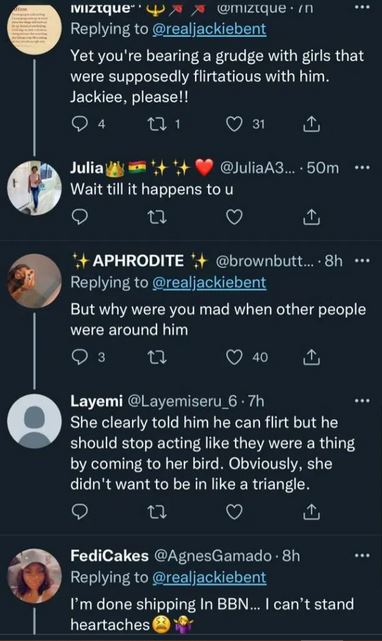