During the reunion show which aired on Thursday night, Emmanuel opened up about his absence, noting that things had gone sour in the relationship. 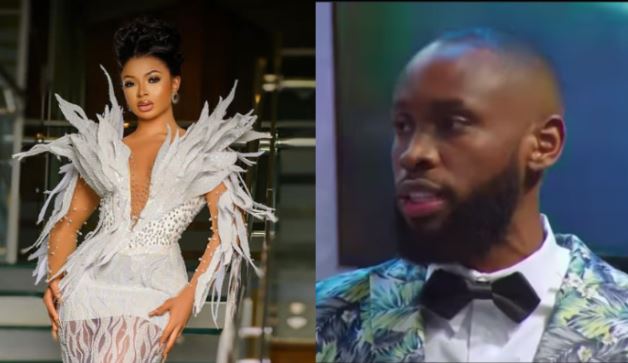 Emmanuel Umoh, the Nigerian reality TV star, has opened up about his absence at the birthday party of his estranged lover, Liquorose, in April.

Born Roseline Afije, Liquorose had a star-studded party and Emmanuel’s absence was noticed by fans, who had tagged the duo as ‘Emmarose’ due to their love affair on the Big Brother Naija season 6 show.

During the reunion show which aired on Thursday night, Emmanuel opened up about his absence, noting that things had gone sour in the relationship.

He noted that Liquorose was complaining about some of his actions and they stopped being in talking terms.

Emmanuel said, “She told me I did something she didn’t like and when I asked her, she said I went on a lunch date with Saskay.

“She called it a date and I told her it wasn’t a date. I didn’t know that was the problem because it wasn’t like a big deal for me.

“And now you invite me for your birthday. We’ve not been talking. What exactly am I coming there to do? It was going to be an awkward moment.

“That was not even the issue. We were dating, right? And I walked into you and a girl in Dubai?” Liquorose fired back at him.

The 27-year-old dancer gave a graphic picture of how she met Emmanuel with another girl during their trip to Dubai.

She added, “The light was off, the music was playing, the bed was rough, and the girl was sitting at the edge, and she covered her face with a face mask”.