The incident happened at Alaba Rago area of Ojo, Lagos, where the victim, Shaba was accosted for the alleged blasphemy. 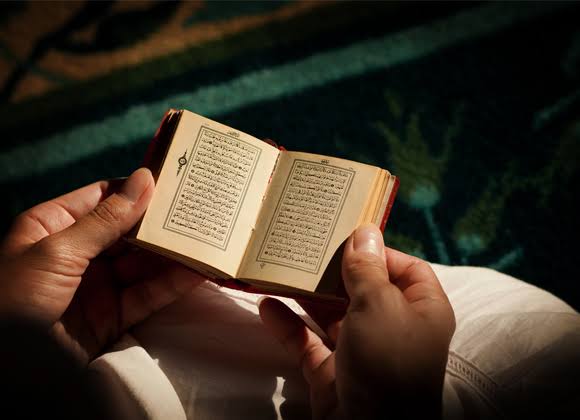 A lady has been killed and set ablaze in Lagos over Quran.
According to PM Express, the lady identified as Hannab Saliu a.k.a Shaba was attacked and set ablaze after she was caught with a Quran.
It was gathered that after she was caught, she was allegedly asked to disclose her religious status. As she was unable to do so, she was murdered and burnt beyond recognition for blasphemy in Lagos State.
P.M.EXPRESS reports that the incident happened at Alaba Rago area of Ojo, Lagos, where the victim, Shaba was accosted for the alleged blasphemy.
Three of the suspects behind the act, Abubakar Musa, 32, Sarauta Monsur, 31 and Surajo Yusuf, have been arrested and charged before the Court for the alleged murder by willfully killing the lady.
According to Police sources, the suspects were said to have accosted the lady with the Quran and she was asked to identify the religion she belonged to and she was unable to do so. The suspects and others now at large then mobilized, attack her with sticks and bottles and she fell down due to profuse bleeding before they brought some petrol and set her ablaze.
The matter was reported to the Police, who trailed and arrested the suspects and transferred them to the SCID, Yaba, for investigation while others were said to be at large.
After thorough interrogation, the Police found them culpable and subsequently charged them before the Ebute Metta Magistrates Court for conspiracy and murder, which attracts life imprisonment if they are tried and found guilty before the Court.
However, when they were arraigned, the Court did not take their plea after the prosecutor, Inspector Olatunde Kehinde, asked the Court to refer the matter to the DPP for advice since the alleged crime was a capital offence punishable by death.
The Presiding Magistrate, Mrs. F.M.Kayode Alamu, ordered their remand in Correctional Centre pending the outcome of the DPP’s advice and directed the prosecutor to duplicate the file and send it to the DPP.
The matter was adjourned till 29th June, 2022, for report of the DPP to be available, which will determine if the matter will be transferred to the High Court or not over jurisdiction.
Top Stories