In a bid to salvage the situation, the family members reportedly rushed out of the building, raised the alarm and alerted government agencies to the incident. 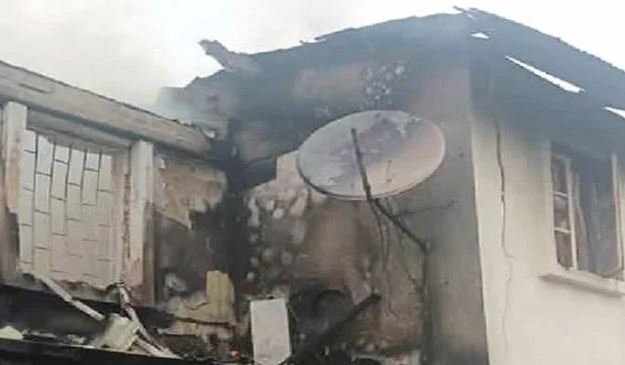 It has been revealed that no less than four persons escaped death on Wednesday when fire gutted a four-bedroom duplex on Ilabere Road, in the Ikoyi area of Lagos State.

PUNCH Metro reports that the family members were at home when the fire started.

In a bid to salvage the situation, the family members reportedly rushed out of the building, raised the alarm and alerted government agencies to the incident.

The General Manager, Lagos State Fire and Rescue Services, Margaret Adeseye, said no casualty was recorded during the incident.

She said, “We met the fire on the upper floor of the four-bedroom duplex and we were able to confine it to that floor and made sure it did not go beyond the affected flat.

“It was quite unfortunate that the fire burnt down everything in the flat. No casualty was recorded as everyone in the flat ran out.

“We are still carrying out investigations to know the actual cause of the fire. We met about four family members when we got there. The residents were interrogated and some said the suspected cause of the fire was an electrical upsurge.”

Adeseye cautioned residents against leaving electrical appliances on whenever they were not at home, adding that electronic gadgets should also be shut down.

“A combined team of the LRT and the Lagos State Fire Service managed to quell the residential fire and prevented it from spreading to adjoining buildings,” he added.