Ekiti Election: Woman Bursts Into Tears At Polling Unit For Not Being Paid After Voting APC Candidate


It occurred at Polling Unit 002, Ward 2, Sabo area in the Ijero Local Government Area of the state. 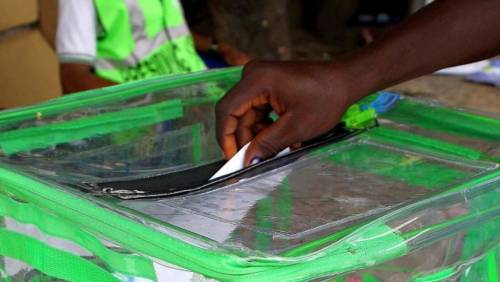 A Nigerian woman who was simply identified as Muyibat on Saturday burst into tears at a polling unit in Ekiti State for not receiving money after voting for the All Progressives Congress candidate during the ongoing governorship election, according to SaharaReporters.

It occurred at Polling Unit 002, Ward 2, Sabo area in the Ijero Local Government Area of the state.

Muyibat claimed to have not received any money for voting for the APC candidate, Biodun Oyebanji.

Muyibat's mother was lamenting as well, accusing the APC of deception.

This prompted the APC agent at the unit to send a man, identified as Lapo, to attend to them.

SaharaReporters earlier reported that vote-buying was taking place inside a house located behind Oisa Alada Hall, where people were seen rushing in and out with their PVCs to receive N7,000 payment from APC agents for their votes at PU: 009, Ward: 02, Ikere LGA.